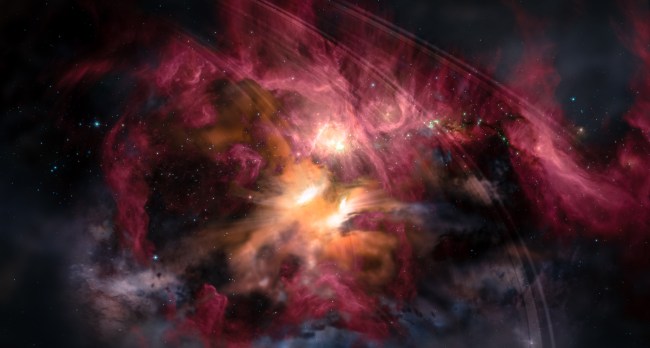 Physicists believe they have found the fifth force of nature, and the discovery could explain a huge scientific mystery. Researchers claim they made a monumental observation that could be a “game-changer” in explaining dark matter.

There are four confirmed forces of nature: Gravitational force, Electromagnetic force, Weak Nuclear force, and Strong Nuclear force. These four fundamental forces hold the universe together. Now, there is possibly a fifth force of nature.

A new study by Attila Krasznahorkay and his colleagues from the Institute for Nuclear Research in Hungary alleges that they have discovered a new force of nature. The research team found the potential new force in 2016. Scientists believe they witnessed a completely new type of fundamental boson in the decay of an isotope of beryllium.

Researchers studied the radioactive decay of beryllium-8, which is an unstable isotope. During the decay, there were light particles emitted. The electrons and positrons shot out at exactly 140 degrees away from each other, which should not have occurred according to the law of conservation of energy.

The new kind of light particle was created in the decay. Scientists were not certain if the particle had mass, or if it was more like a photon that has no mass. Jonathan Feng, a professor of physics and astronomy at the University of California at Irvine, and his research team believe they may have discovered a new kind of force carrier boson.

Physicists are calling the new particle “X17” because they calculated its mass to be 17 megaelectronvolts (about 33 times that of an electron). X17 only has a life span of approximately 10 to the minus 14 seconds. The force is considered to be close to electromagnetism.

Scientists were able to repeat the results in the decay of an isotope of helium.

Krasznahorkay, who was the lead scientist in the study, proclaimed, “X17 could be a particle, which connects our visible world with the dark matter.”

“We introduced such a new particle, which nobody saw before, and [whose] existence could not be understood by the widely accepted ‘Standard Model’ of particle physics, so it faced scrutiny,” Krasznahorkay said.

“Sometimes, we also just call it the X boson, where X means unknown,” said Feng. “If they’re right, a new force carrier particle means there must be a new force, a fifth fundamental force.”

“If true, it’s revolutionary,” Feng stated. “For decades, we’ve known of four fundamental forces…this discovery of a possible fifth force would completely change our understanding of the universe, with consequences for the unification of forces and dark matter.”

“There are many experimental groups working in small labs around the world that can follow up the initial claims, now that they know where to look,” the professor added.

Feng said that there could even be a “sixth, seventh, and eighth force.” If indeed this is the fifth force of nation, “this would be a no-brainer Nobel Prize,” according to Professor Feng.

Scientists believe the discovery of the fifth force could help explain dark matter, which makes up about 85% of the universe.

The most recent study has yet to be peer-reviewed, but previous research has been accepted by the journal Physical Review Letters.

You can read the findings on arXiv.