Fight Oar Die: Meet The Four US Military Vets Rowing Across The Ocean In The Talisker Whisky Atlantic Challenge 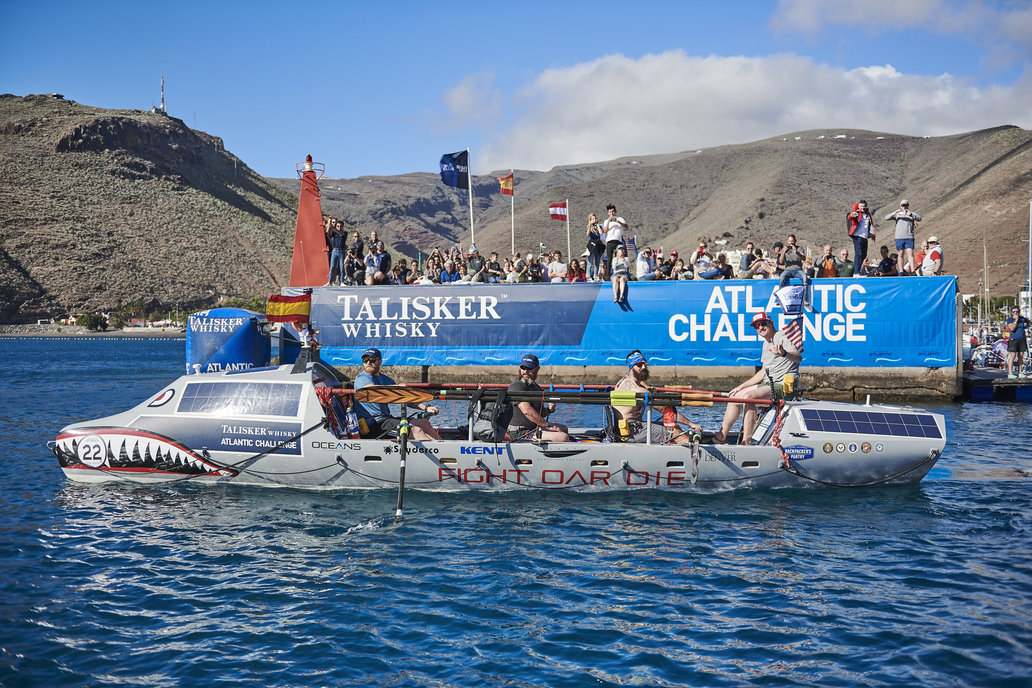 Fight Oar Die, a team of four US military veterans, has just embarked on a mission to row a mind-boggling distance across the Atlantic Ocean in support of their fellow veterans.

I long believed that the Iditarod was the most extreme test of human endurance on the planet. That opinion was likely due to the unnecessarily number of times I watched Iron Will, but the point is that I believed an eight-day race covering an impressive 352-miles in Alaska was the pinnacle of human achievement.

Teams currently competing in the Talisker Whisky Atlantic Challenge will row an unfathomable 3,000 miles across an entire ocean ocean.

For the sixth year in a row, Talisker Whisky is a proud title sponsor of the Talisker Whisky Atlantic Challenge, a gutsy row-across-the-ocean between the Canary Islands and Antigua. On Thursday, December 13th, 35 teams from around the world pushed off westward from San Sebastian in La Gomera, beginning a self-propelled, trans-Atlantic voyage that will take at least a month.

Talisker Scotch Whisky sponsors the Atlantic Challenge because of the brand’s history with rowing and adventure. Nearly 200 years ago the MacAskill brothers rowed from Eigg to Skye to establish the Talisker distillery in Scotland. To this day, it continues to be the oldest distillery on the Isle of Skye in Scotland, making Talisker Single Malt Scotch very much a product of its rugged, coastal home. 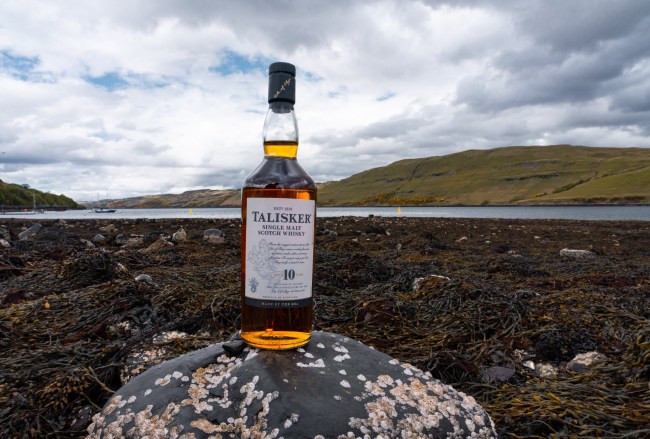 Talisker proudly touts their spirits are Made by the Sea – with a saline note in the whisky to prove it – and celebrates the spirit of wild adventure.

It doesn’t get much more adventurous than ocean rowing. Fueled by the Talisker’s wild spirit and purpose for a specific charitably cause, teams in the Atlantic Challenge raise money and awareness for specific causes and charities, from veterans groups to cancer charities.

It’s where everyday people to achieve extraordinary things, all for whatever cause they support.

The fastest it’s ever been done? 29 days, 14 hours and 34 minutes, by the UK team The Four Oarsmen. It shattered the previous record of 34 days.

That’s a month of non-stop rowing. And, best of all, it raised £250,000 for a mental health charity and a spinal chord charity.

Aside from basic life functions, there isn’t a single thing I’ve done for 30 straight days.

—
Fight Oar Die: Punny Name, Serious Mission
Fight Oar Die is a crew of all-American, all-military Veterans competing in the Talisker Whisky Atlantic Challenge. This year’s team is comprised of Carl Christensen, US Navy; Luke Holton, US Army; John Fannin, USMC; and Evan Stratton, USMC. And while this is a different group of guys than last year’s crew, the mission remains the same – row their shark-faced boat across the ocean and increase awareness and support for the mental and physical health of U.S. Military/Veteran personnel. 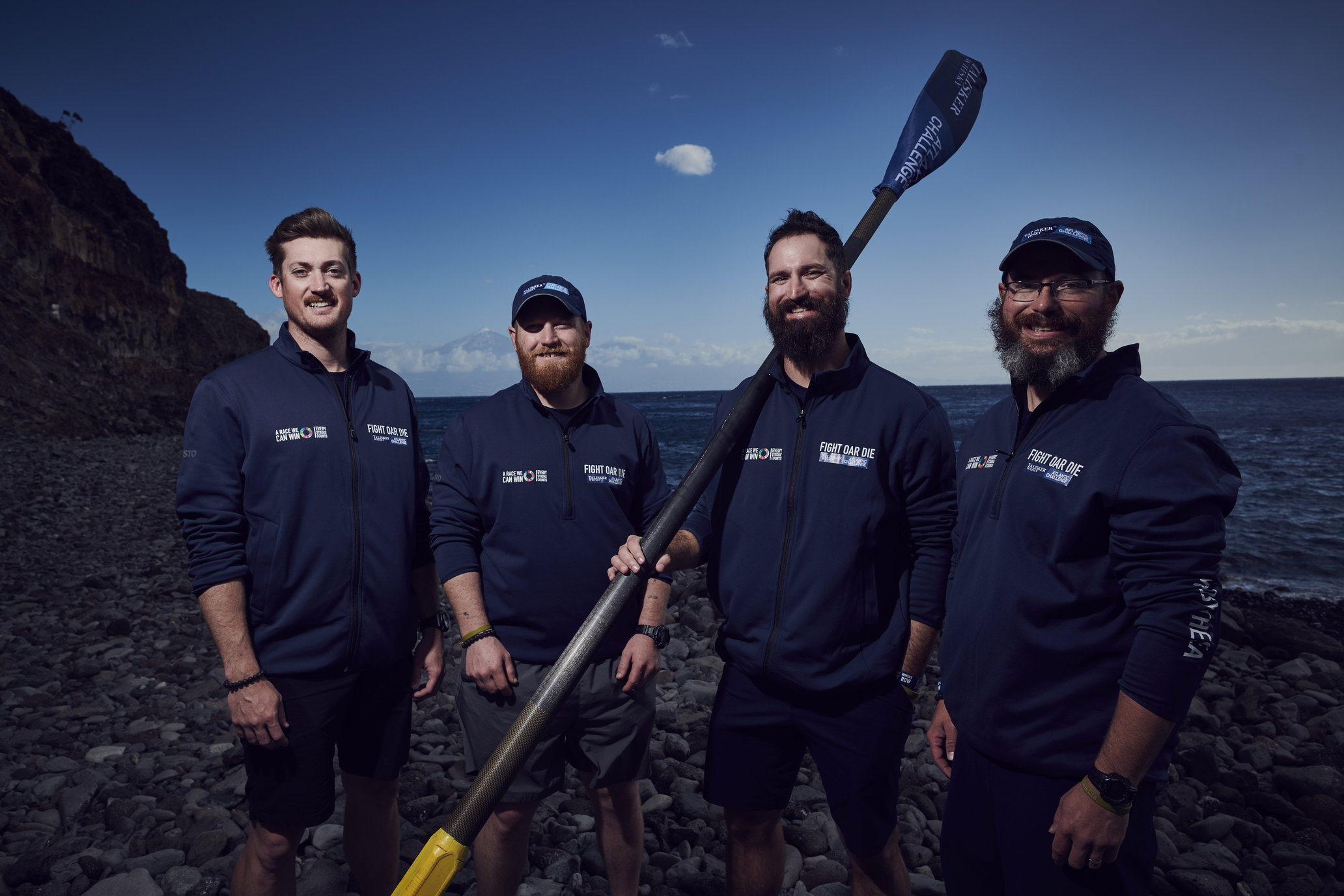 To complete the mission they will row head-on into whatever the Atlantic has to throw at them over the 3,000 miles between the Canary Islands and Antigua.

As you can imagine, getting ready for something this extreme is anything but ordinary.

Marathon runners do training runs of 20 or more miles at least once before race-day. Rowing the equivalent 2,400 miles during training isn’t an option for Fight Oar Die. And at the distance these guys will be traveling, focusing on mental fortitude is far more valuable than an extra few strokes on the water.

The team has been working with a team of students from Denver University’s one-of-a-kind military psychology program. This mental preparedness work will help them manage the unique challenges that accompany this extreme endurance event, not the least of which is being stuck in a tiny boat with the same three other people for more than a month. And while the oarsmen benefit greatly from a partnership with Denver University, they also see a much longer-term impact of the partnership. 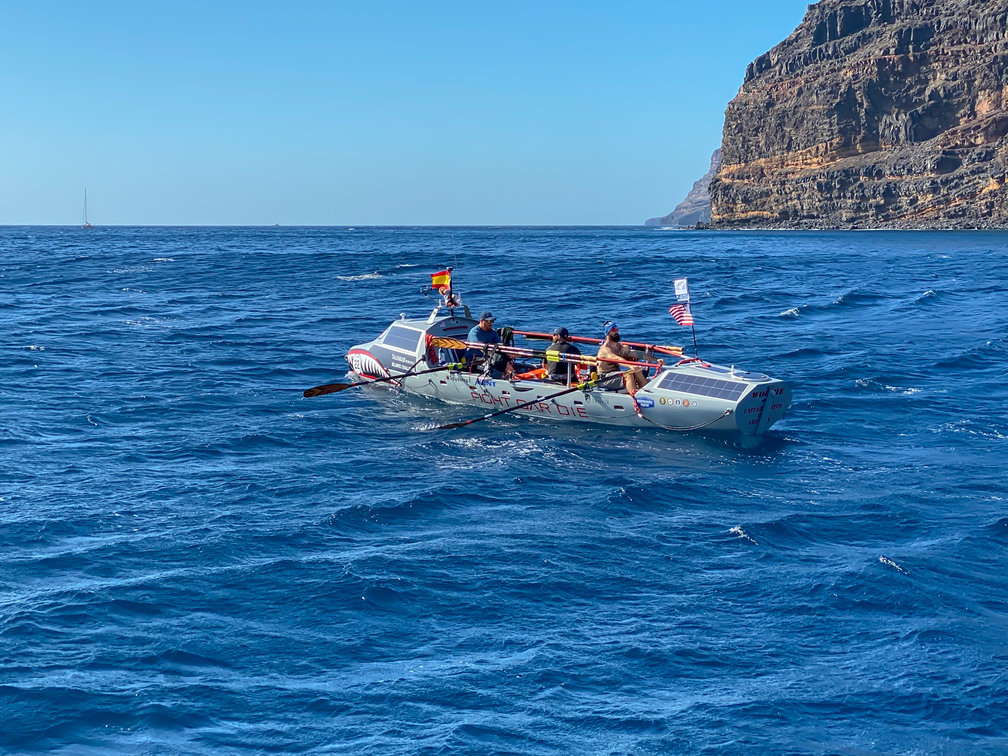 “How many veterans do you help if you help crank out a psychologist who specializes in military psychology?” asked Skipper Carl Christensen, rhetorically. “It’s immeasurable.”

One of the guys on the other end of the boat, John Fannin, focused on strongman workouts. He built a gym in his garage for strength training, complete with giant tires, sledgehammers, and everything else you need to get jacked enough to row across the ocean. 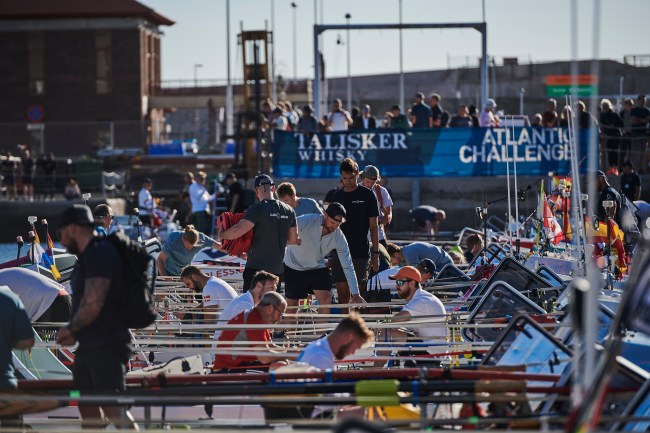 Game plan for the high seas
More people have climbed Mount Everest than have rowed an ocean. And while it would take approximately 58,070 steps to scale Everest, it will take Fight Oar Die about 1.5 million strokes to row from  La Gomera to Antiqua.

The team’s goal is just to complete the daunting challenge, but if they had to put a number on it, they’re shooting for 40 days. Consider it a four-hour marathon each day.

While the navigation equipment is state-of-the-art and the row boat is modified to handle the ocean’s wrath, conditions have a big impact on what’s actually possible. There’s nowhere to hide from bad weather and waves can reach as high as 40 feet. Winning times from year-to-year range more than eight days for this very reason. 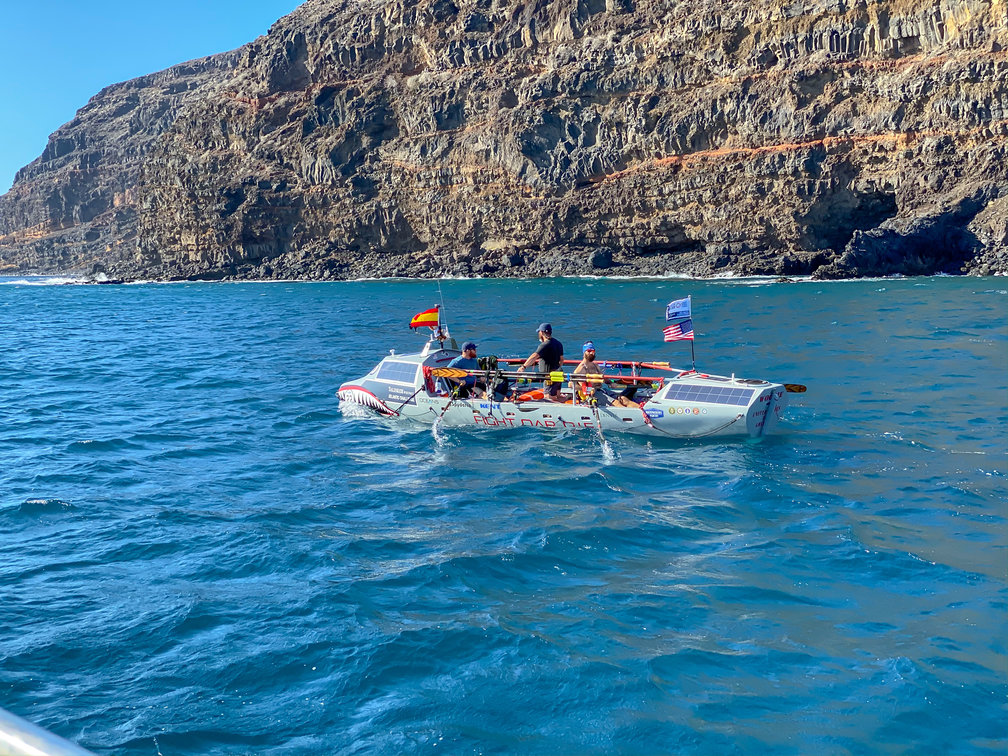 For Fight Oar Die, the plan is to rotate two-hour shifts during the day and three hour shifts at night, with two guys rowing and two guys resting at all times.

The change at night, according to Christensen, is to “maximize sleep recovery and because it’s a little easier to row at night when it’s cooler.”

Each team member will each need to eat an impressive 5,500 calories every day, most of which will come from dehydrated meals provided by one of their sponsors, Backpackers Pantry. They each also gets four jars of peanut butter, ten bears full of honey, and an assortment of snacks like trail mix, gummy bears, and anything else that’s easy to eat and packed full of calories. 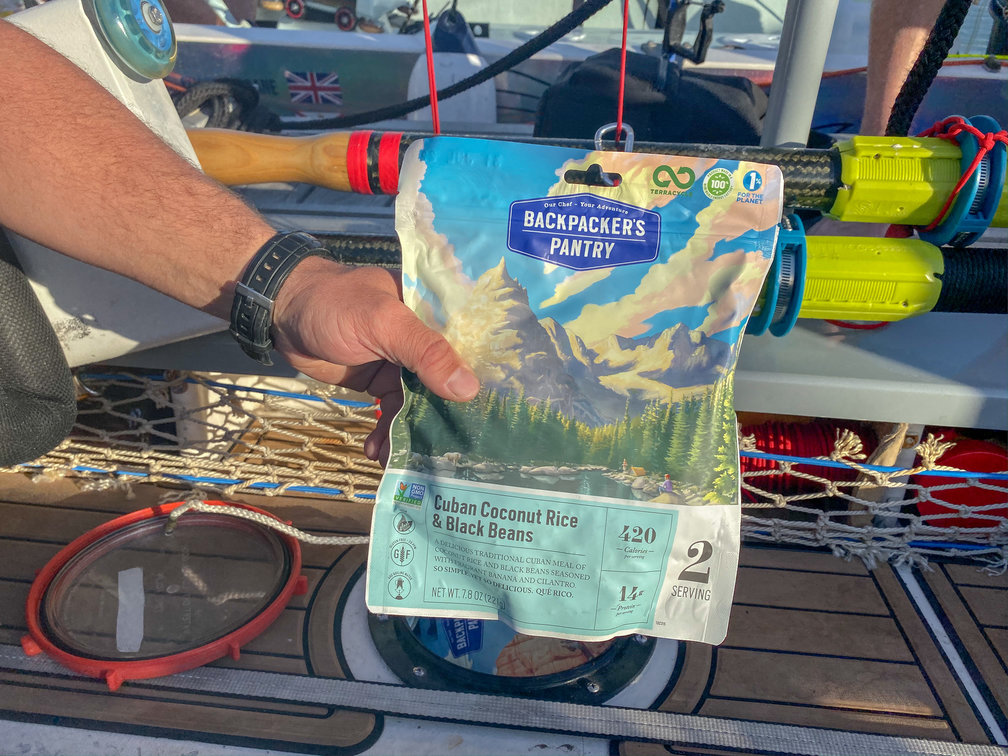 “It’s gonna be hard to eat that much,” said Christensen. “Last year all the guys lost between 30 and 40 lbs.” Making matters worse, any time spent eating cuts into time that could be spent sleeping. 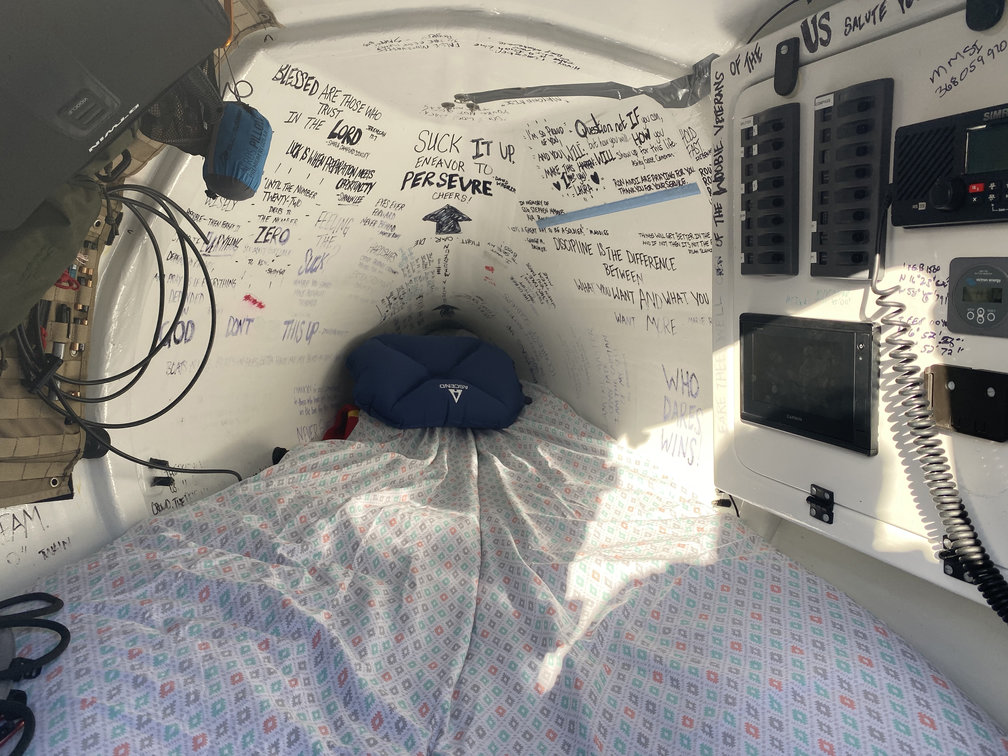 Fight Oar Die is carrying enough rations for 60 days even though they have no intention of being out there that long. There’s no support crew in a race like this. They have to carry everything that might be needed. There are two race boats tracking all of the teams across the ocean but only for safety or in the event that a team elects to quit. And with potentially thousands of miles between teams, it could take awhile for help to arrive.

Of course all that food needs to go somewhere once consumed, and that somewhere is a little blue bucket. There’s no bathroom on board, so the toilet is just a bucket with a seat attached that sits right in the middle of the boat. Not exactly a throne, but it’ll get the job done. 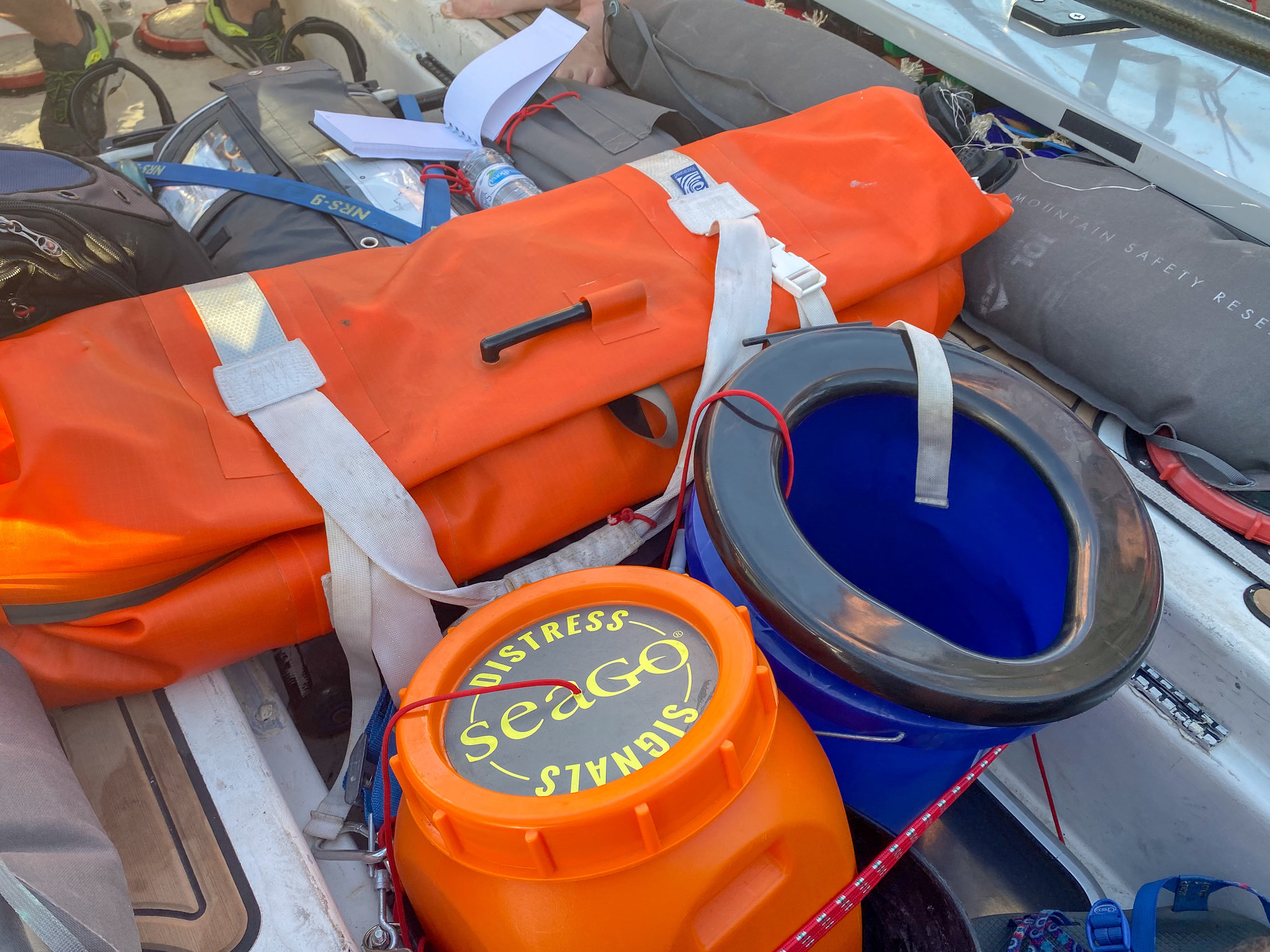 It’s not all about the struggle though. The whole team is excited to see a perfectly clear sky on a moonless, pitch-black night. It’s a high price to pay for stargazing, but it will certainly be an incredible experience. They’re also hoping to get an up close look at marine life along the way.

Team member Evan Stratton highlighted a perk of which I’m sure we’re all envious. “There’s nothing else on earth that you can do to remove all inputs,” Said Stratton. “You can turn your phone off and go camping for a week, but you can’t fully disconnect for up to two months like we’re about to.” 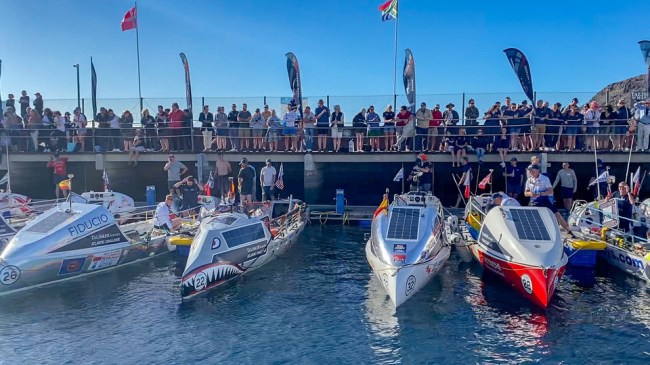 Celebrating the holidays
The only exception to the team’s disconnection is a mandatory situation report sent to their coaches every four days and a satellite phone. That phone is going to come in handy considering Fight Oar Die will be in the middle of the ocean for the holidays. A quick call to say Merry Christmas should do wonders for their spirits. 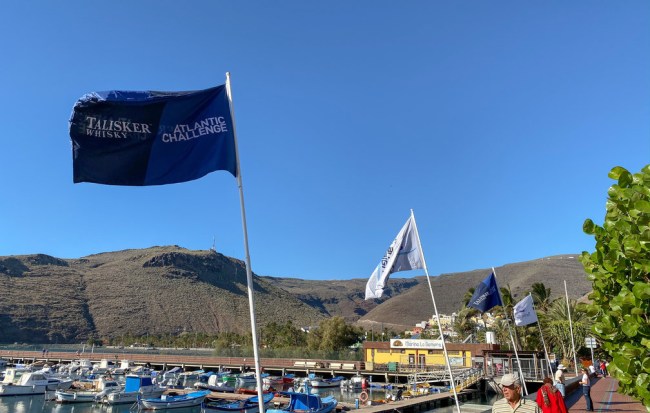 Most teams in the Talisker Atlantic Challenge are rowing for a cause, and the event has raised over $10 million for charities. Everyone out there has their own personal reason to answer the call of the wild and row across the ocean. 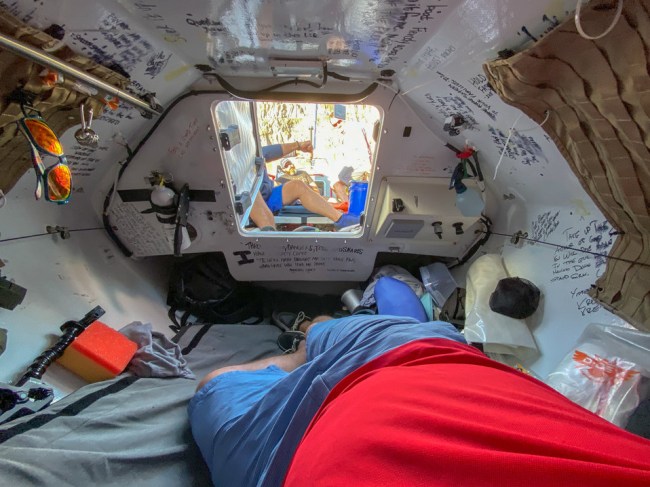 From talking to some of the competitors, it was often as simple as wanting to prove they could do something truly epic. My favorite logic for rowing across the ocean was John Fannin’s, who joined Fight Oar Die because, “No Marine has done it yet.”

The four members of Fight Oar Die brought all their personal reasons to the table to do something bigger themselves. They’re raising money and awareness for PSTD and other cognitive issues faced by military Veterans. You can sponsor a nautical mile during this year’s race for just ten bucks or donate directly on the Fight Oar Die website.

They only check in every four days, but their team back home will be posting updates on the Fight Oar Die Facebook page. Get over there or on Instagram and show these Veterans some love. You can also follow along with their position through the Talisker Whisky Atlantic Challenge website. Once you meet these badasses, it’s quite a trip to follow their journey across the ocean. 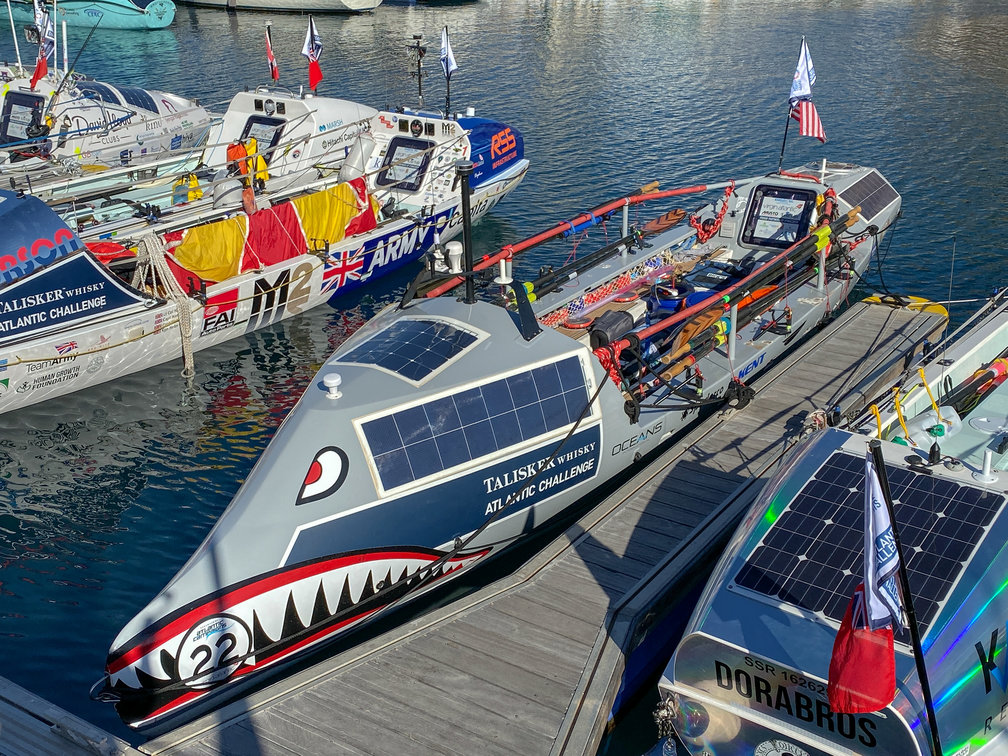 These four Veterans are on an epic adventure, and we can’t give them enough respect for taking on such a ballsy challenge.

We’ll keep our feet on dry land this winter, but we’ll definitely be in Fight Oar Die’s corner.