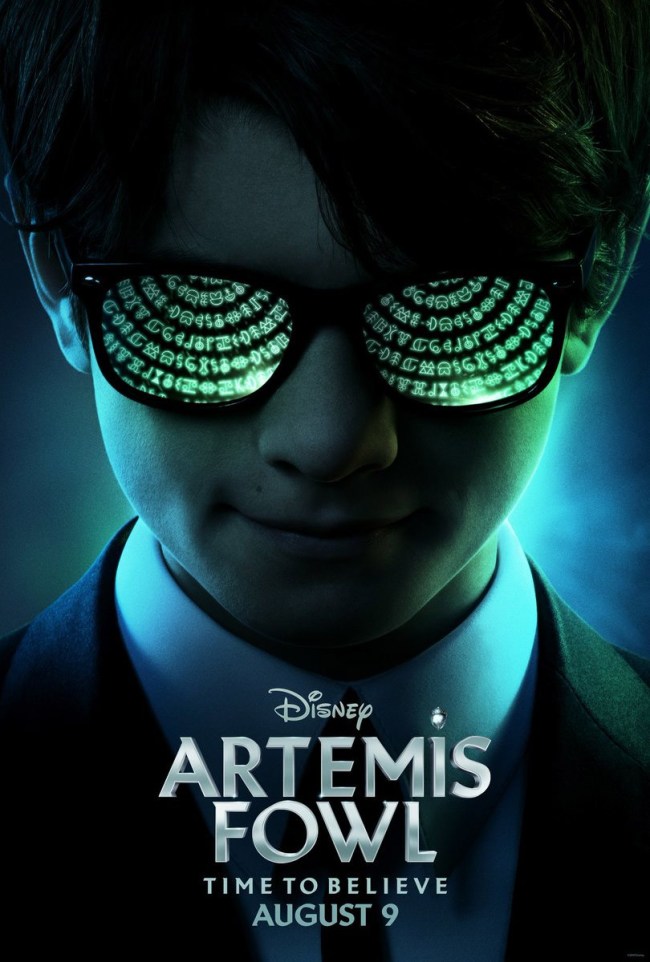 Quick show of hands… how many of you out there read the series of eight Artemis Fowl novels written by by Irish author Eoin Colfer at some point in your life? I suppose, considering the fact that more than 25 million copies of the series’ books have been sold worldwide, the answer is, a lot of you.

So I am sure that those of you who did read the books will have some very hot takes regarding the release of this first trailer for Disney’s Artemis Fowl movie.

The movie has been stuck in development pretty much since the first book in the series came out in 2001, so regardless of what you think of the trailer, this is definitely something people have been waiting a very long time to see. Heck, Disney first got involved with the franchise clear back in 2013, so it even took them five years to get this far.

The movie, which covers the events of the first book, follows 12-year-old genius Artemis Fowl, a descendant of a long line of criminal masterminds, as he finds himself in a battle of strength and cunning against a powerful, hidden race of fairies who may be behind his father’s disappearance.