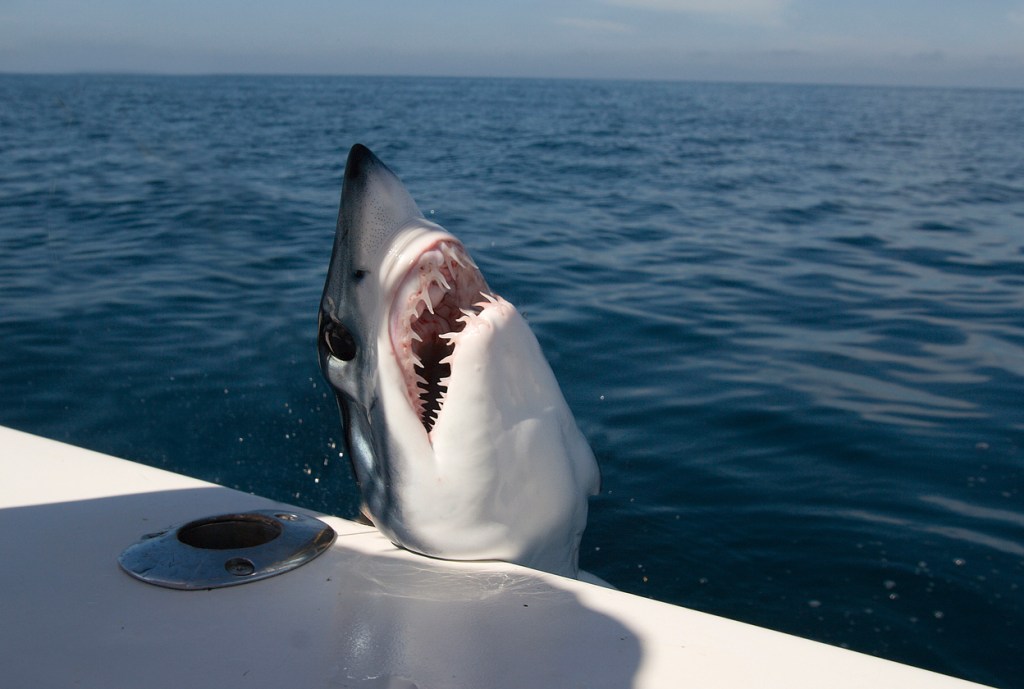 Far be it for us to judge what a man does with his shark, especially when he’s tagging it for the good of the Marine Conservation Science Institute to learn more about Mako Shark activity. But playing a healthy game of tug-of-war with a 12-foot Mako Shark is one wild way to spend a day on the boat.

These videos from TikTok have started making the rounds and for good reason. This is a massive Mako Shark. It’s reported to measure 12-feet-long and it was tagged during a recent outing in Southern California.

There are several ways to get a Mako Shark close enough to the boat that you are able to insert a tag near its dorsal fin. A common one is to fish for them and reel it up to the boat but the hook can be stressful on the shark’s mouth and the battle can potentially lead to complications. It’s risky. Another way is to chum up the water full of fish blood and guts and let the shark come to you, like so…

Here’s that clip with a different song:

The acts in this video are preformed by a 30 year professional shark tagger doing permitted research do not attempt.

According to Pete Thomas at For The Win, the man in this video is Keith Poe and he works with the Marine Conservation Science Institute who will soon appear in a Shark Week special. Poe told For The Win he believes when it comes to Mako Sharks he is “their ambassador.”

I’ll buy it. This is great press for the sharks. Millions of people have viewed these clips on TikTok and can see how the Mako Shark poses no threat and it’s basically just chilling. All it’s doing out there is looking for an easy meal that was provided by the shark-tagging crew. 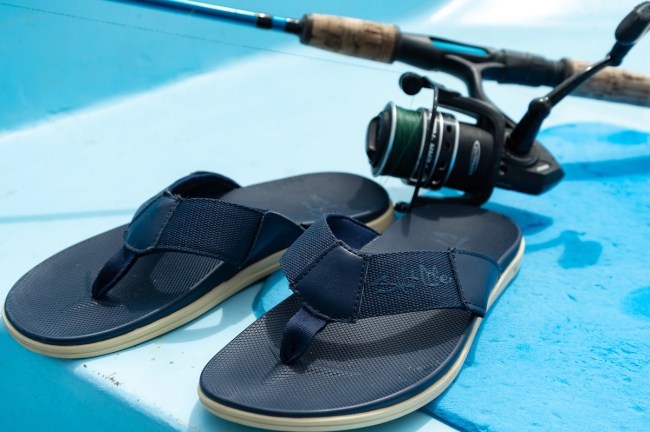 Makos Jumping Out Of The Water Will Always Be Awesome

There are tons of videos on YouTube and other places of Mako Sharks jumping spectacularly from the water. They’re amongst the fastest shark on the planet and they get AIR. There’s some colorful language in these videos so be forewarned about that. Check ’em out: