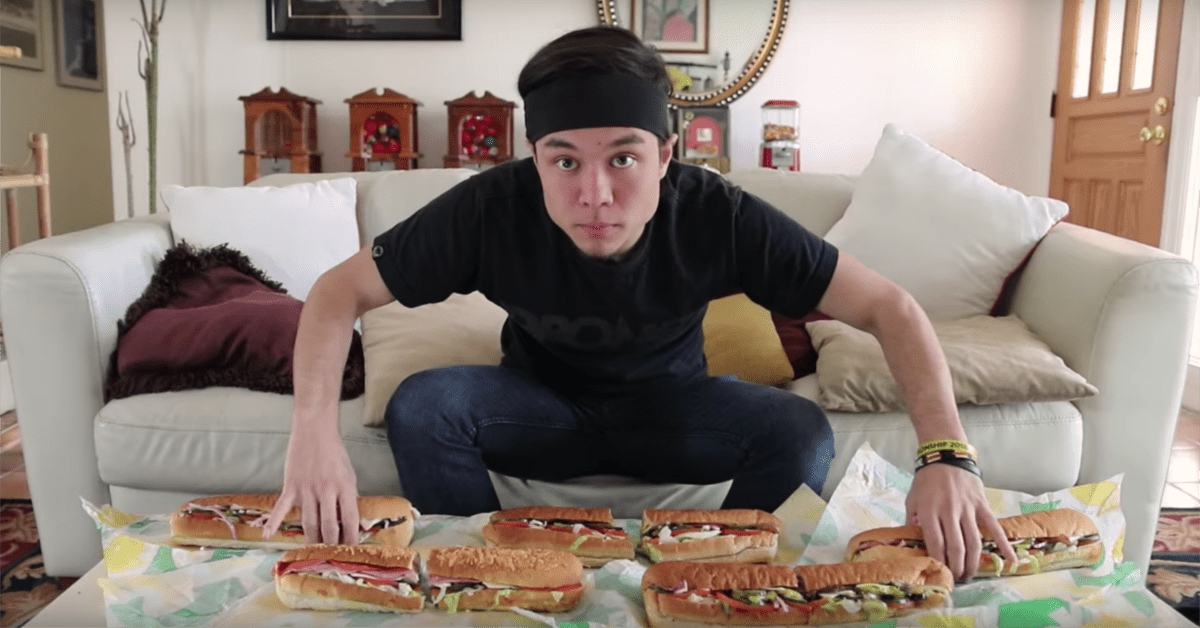 Listen, I love sandwiches. For some reason, putting meat, cheese, and some other stuff between bread is 9,000 times better than eating them separately. Having said that, I’d rather drown in honey mustard than make myself eat five (5) subway footlong sandwiches in under five minutes.

Then again, I’m not the #3 ranked MLE (Major League Eating) competitive eater like Matt Stonie. Matt “Megatoad” Stonie is best known for his 2015 Nathan’s Hot Dog Eating Contest victory, during which he upset 8-time champion Joey Chestnut. Outside of that, Megatoad has a ton of world records and a huge following on YouTube because he uploads a lot of his eating challenges.

This one, the 5 Subway Footlong Challenge, is impressive and ridiculous. Matt is revisiting the challenge for the first time in about 8 years and he is prepared to shave off at least a couple minutes.

Watch the master at work:

Jesus, he eats each 6-inch sub in like 4 or 5 bites. I couldn’t even imagine eating a sandwich that fast AND shoving it down with water in the most disgusting manner possible.

Everyone has to make a living and we all gotta eat but damn, that’s a lot of yoga mat for one meal.