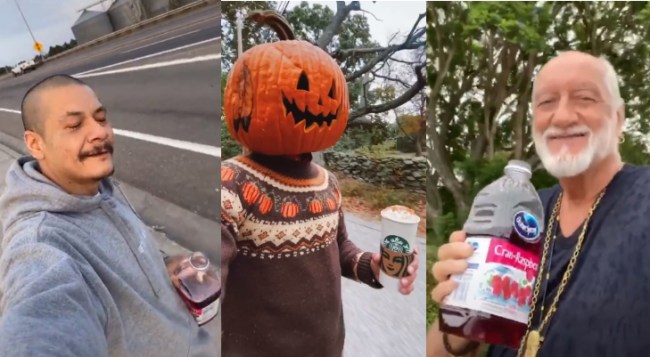 Fleetwood Mac released Dreams on March 24, 1977, and the song reached the No. 1 spot on the Billboard Hot 100 chart on June 18, 1977. Over 40 years later, Dreams has enjoyed a renaissance thanks to a viral meme because of course.

Dreams, off Fleetwood Mac’s Rumours album that many regard as the greatest album of all-time, is the soundtrack of a beloved TikTok video that went wildly viral. TikTok user 420doggface208, real name Nathan Apodaca, posted a video of him skateboarding as he drinks a bottle of Ocean Spray Cran-Raspberry juice, all while lip-syncing Dreams. The video has over 22 million views on TikTok alone, and another 23 million views on Twitter.

There have since been numerous versions of the doggface208’s instant classic, including an Army helicopter adaptation, a martini mom rendition, a Hidden Valley ranch copy-cat video, a Lucky Charms leprechaun edition, and a spooky Halloween jack-o-lantern pumpkin spice variant.

The Army is weighing-in on the Fleetwood Mac “Dreams” challenge.

Morning vibe. So glad I didn’t fall & break a bone or spill my martini. Inspired by @420doggface208 ##morningvibes ##skateboarding ##vibewithus

That meme featured the Alcorn State University’s Golden Girls dance team letting loose to Dreams. A March 22, 2018, video from Twitter user @bottledfleet is captioned: “Fleetwood Mac’s music is so boring, you can’t even dance to it.” Then there is a counter-argument, “Me, an intellectual:,” including the dance team dancing to the 1977 song.