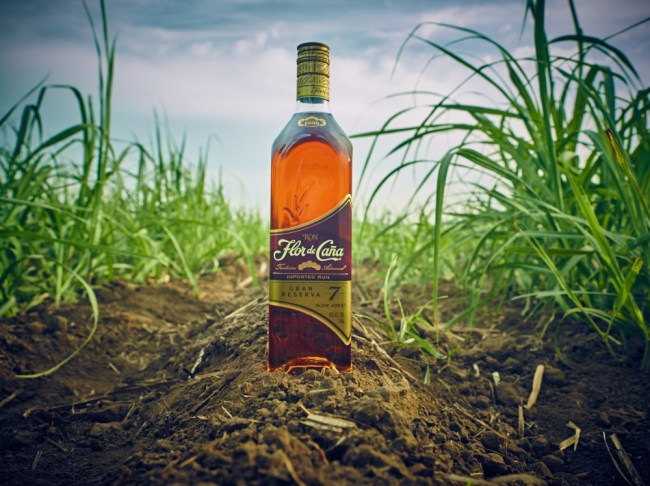 Last March, during a streak of frigid temperatures in New York City, my roommate came back from a month in Nicaragua with a duffle bag of colorful souvenirs and a couple bottles of rum. Our conversation on the evening of his homecoming went something like this:

“It’s rum that’s been aged for 18 years. Flor de Caña. I got this entire bottle for, like, $20 at the airport this morning. Best liquor I’ve ever had in my life.”

“It’s smooth. It’s smoother than the best bourbons you’ve tried. I’ve been drinking it regularly for the last month while down there.”

Smooth is a strange adjective to me. It describes texture, not taste. There are better descriptors for capturing the high and low tasting notes of booze that goes down easy: Flavorful, aromatic, mellow, sweet-yet-bold. Smooth doesn’t hit the pallet. Smooth is just a reaction. Smooth is what people say when liquor hits the tongue without letting the tastebuds properly synch with the synapses in your brain to process the true personality of a spirt. It’s a lazy way of saying “hey, this drink doesn’t have the harsh bite you might be expecting from an 80-proof brown liquor that’s been in a barrel for 18 years.” It’s disingenuous to the true character of a lovingly-made, handcrafted spirit. Smooth is like saying “it doesn’t have teeth” when, in fact, it has monstrous, T-Rex sized chompers in the flavor department. 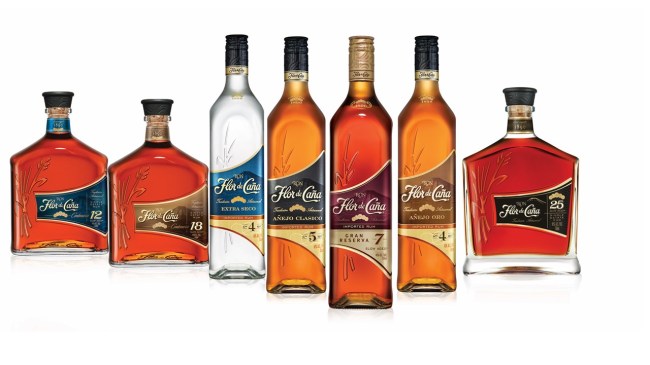 That chilly night in early March, huddled up in our living room, was the first time I experienced the complexity of Flor de Caña 18 and it’s unmistakable tapestry of flavor experiences: Sweet, oaky, rich. Each sip it’s own sweaty tropical adventure.

My roommate looked at me as we toasted his return in Solo cups after that month-long backpacking trip. 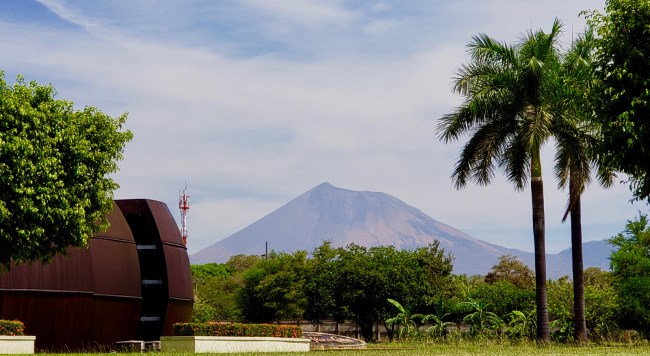 One year later, I had that opportunity, with a distinct perspective of experiencing the country as a guest of Flor de Caña.

It’s impossible to miss the rum maker’s presence upon entering Nicaragua. You literally get your passport stamped in the aura of Flor de Caña, as the country’s Customs and Immigration stations are wrapped in colorful Flor de Caña rum banners with turquoise waterfalls and verdant volcanos in the background. It’s the first thing you notice after the flight to Managua, sans the usual smack-in-the-face of tropical humidity.

Dating back to 1890, Flor de Caña is family-run-and-distilled rum brand similar to other heritage rum brands across the Northern Hemisphere’s tropical latitudes (…Ron Barcelo in Dominican Republic, Gosling’s in Bermuda, Appleton Estates in Jamaica, Bacardi in Puerto Rico). The portfolio stands out thanks to a distinct flavor unique to the mineral-rich volcanic soils of Nicaragua. Flor de Caña uses sugar cane grown in the shadows of the San Cristobal volcano, one of the most active volcanoes in Latin America. Sugar cane grown this highly fertile produces a rich, dark molasses. It’s distilled five-times over, resulting in an incredibly balanced dark rum after naturally aging in small white oak bourbon barrels sealed with plantain leaves. 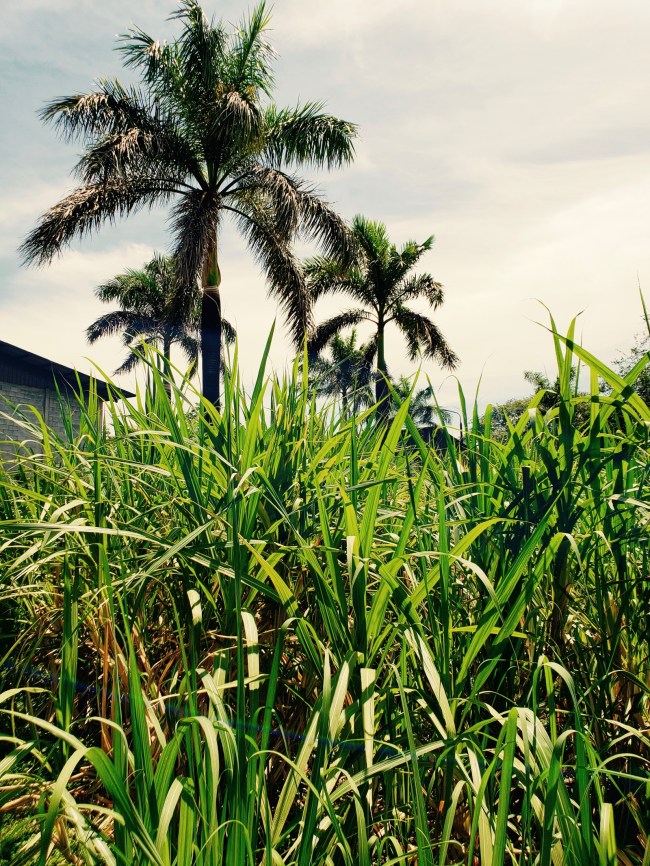 The portfolio even takes on the geographic character of the barrelhouses in which Flor de Caña is aged – Natural ventilation allows for exposure to Nicaragua’s tropical humidity and volcanic atmosphere, further increasing the complexity of the rum’s character.

Let’s pause there for a second. Flor de Caña barrelhouses, in specific, are a magical place, having experienced one firsthand. You breathe in sweet rum vapors, with the angels share of barrel-aged spirit wrangling its way into every sinus cavity and exposed pore on your body. That’s where you feel the presence of the rum itself, along with five proud generations of rum making in a country that’s experienced a historical geo-political rollercoaster, from Pacific Rim-driven natural disasters to revolutions to nationalization and the emergence of a blossoming tourist economy thanks to those mysterious volcanoes and pristine beaches.

That barrelhouse is a symbolic synthesis of Nicaragua into Flor de Caña, a euphoric feast of the senses unlike any other distilling experience in the world. It’s somehow made more sublime by tapping cask strength rum that’s been stashed in it’s oak home since the early ’90s. 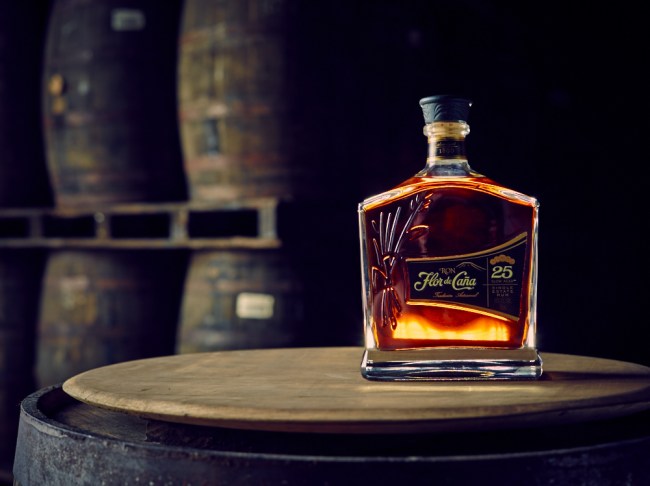 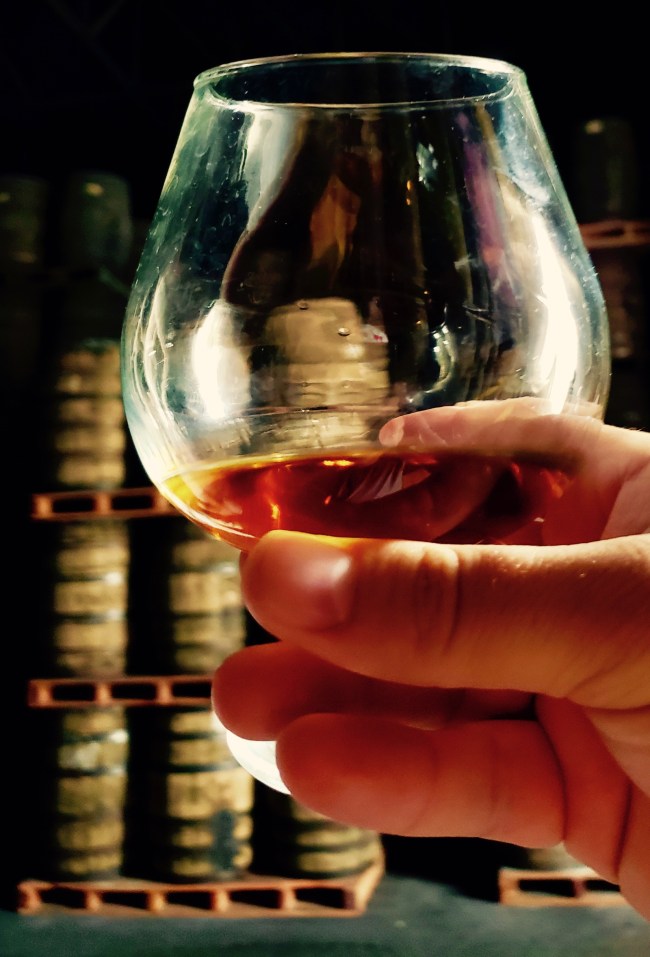 If you’re anything like me, you’re *probably* a millennial American with a taste pallet that’s gravitated towards whiskey as a brown liquor of choice in adulthood. The spirits industry has lauded the “return” of rum as a bourbon and whiskey alternative over the years, but it really is an incredible differentiator when your tastebuds are feeling adventurous.

The longer the rum takes on the flavor age of the barrel, the more Flor de Caña becomes a spirit for the distinguished moments in life. The premium 7-year, 12-year, and 18-year rums are deep mahogany in color, with intense notes of vanilla, honey, and spices. It’s a rum you clink glasses and toast with, a rum you sip like a fine, aged bourbon. It’s far from rum you mix with soda to dilute the flavor like its high octane firewater. 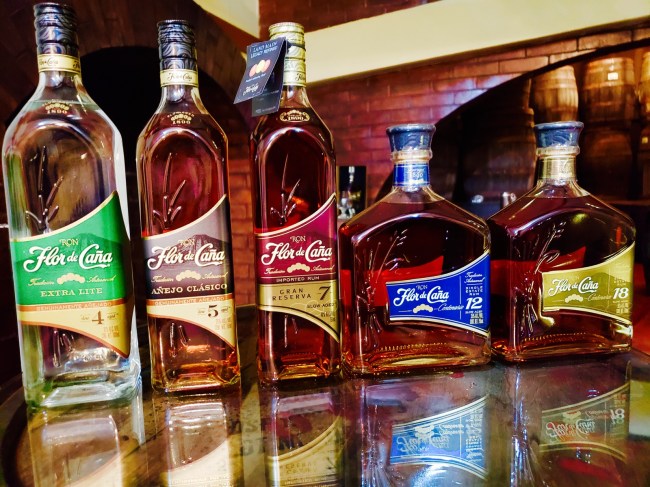 152 years ago, Mark Twain visited Nicaragua, considered an important shipping route between the Eastern United States and burgeoning “go West” expansion on the West Coast. Twain took a steamer from San Francisco to the now-popular surf town of San Juan del Sur before an adventure lake-hopping down the San Juan River from the Pacific Coast to the Carribean Sea. He described the country in Innocents Abroad, noting that the “…bright green hills never looked so welcome, so enchanting, so altogether lovely, as do these that lie here within a pistol-shot of us.” 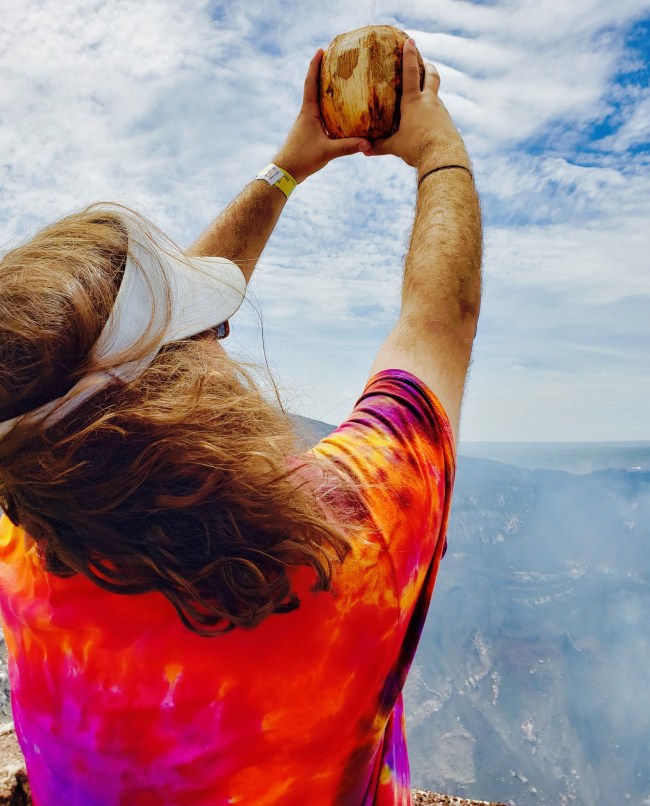 This sounds ridiculous, but Flor de Caña’s final distilled spirit is about as close as it comes to tasting a volcano and actually enjoying it. Sans licking the steaming-hot cylinder of Nicaragua’s Cerro Negro cinder cone volcano before racing down it on a sled (… a bucket list-worthy activity known as “volcano-boarding”), that’s the most analogous way of describing what comes out of a bottle.

Those hills Mark Twain was talking about?

They have a taste.

Flor de Caña just figured out how to bottle it.