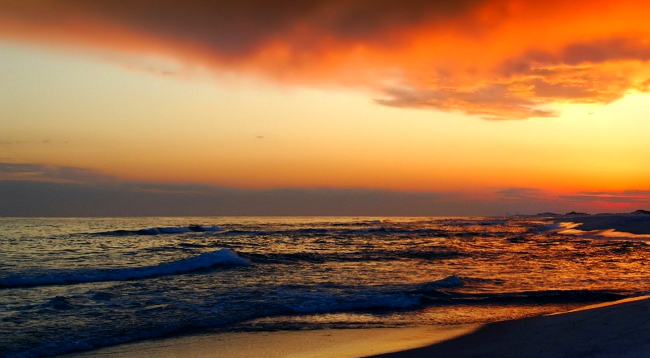 A company in Florida is encouraging people to mix their loved ones’ cremated human remains into “reef balls” to help stimulate marine life in the state’s dying coral reefs.

Perhaps even more interesting than that is the fact that this unorthodox solution appears to be working.

The company, Eternal Reefs, has actually been doing this for 20 years and have conducted almost 2,500 of what they call “green burials.”

They see this as a better alternative to sinking boats, planes and other debris into the sea in the hopes that coral will latch on to these objects and attract fish.

These human remains reef balls made of concrete are designed by Reef Innovations and can weigh up to 5 tons.

“The concrete is a pH-neutralized, marine-grade concrete that is very important for coral growth,” says Larry Beggs of Reef Innovations.

“Oysters, corals, invertebrates, and stuff that will grow on the reef can attach to the reef ball very easily.”

Once these reef balls made of concrete dries, they then rinse the balls with a mixture of sugar and water to expose the surfaces where sea life will grow.

“We work with families who have lost somebody and had their loved one cremated,” says George Frankel, CEO of Eternal Reefs.

These people will come to one of the company’s project sites, mix their loved ones’ remains with some concrete, creating a separate centerpiece, and making what they call a “pearl.”

“We put fresh concrete on the top of the reef ball, and then they put handprints, they write messages,” says Frankel.

“Families are invited to bring things that represent their loved one’s life, as long as they’re not environmentally harmful.”

To view similar reefs such as this, off the coast of Key Biscayne, Florida is the Neptune Memorial Reef, the world’s largest man-made reef, and the final resting place for over 1,000 people.

After companies had been dropping planes, old battleships, tanks, and car tires into the ocean, which were not good for the environment, these human remains reefs have become a much safer way to restore these areas.

Especially since the Army Corps of Engineers dumped 2 million tires off the coast of Fort Lauderdale in the 1970s, creating what they called the the Osborne Reef, and the coral never grew.

In fact, these tires and the bonds holding them together eventually corroded and broke apart, destroying nearby natural reefs. Whoops.