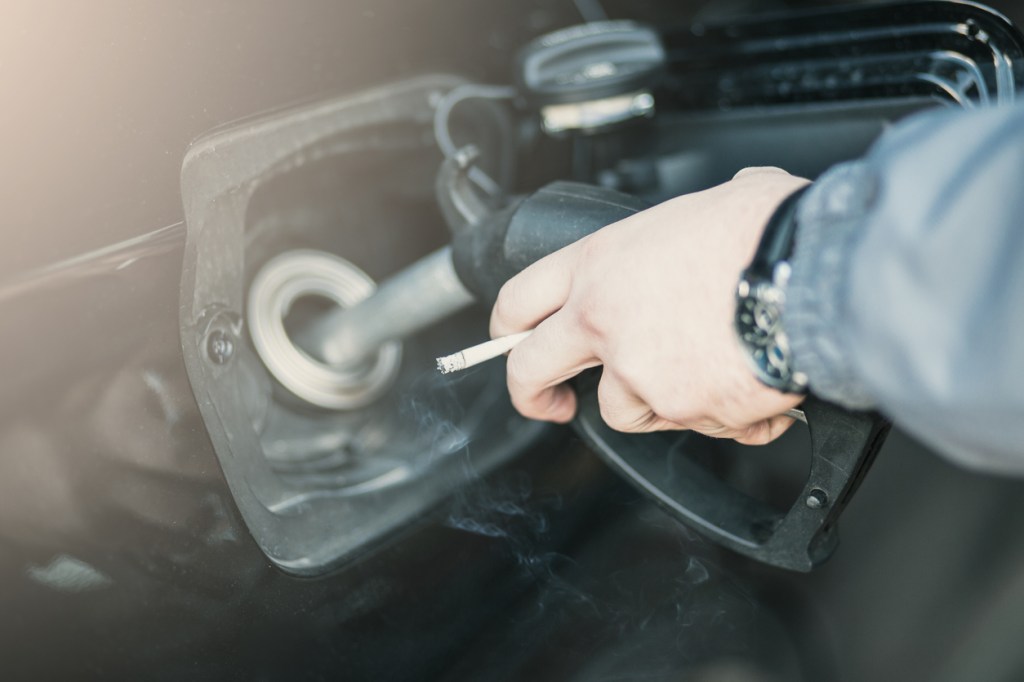 My day started with driving to three gas stations in Southwest Florida. The first two were completely sold out of gasoline because Florida Man went on a buying spree.

Most of Florida was never at risk of a shortage because of the pipeline but Florida Man doesn’t care about that. The news said there was a gas crisis so people lined up for hours to purchase every last gallon available.

Many images have been floating around showing people filling up gas cans and even plastic bags. People lost their minds. Filling up plastic gas cans is fine but it was NEVER necessary.

A Hummer owner in Citrus County, Florida filled up four 5-gallon plastic gas cans at a Texaco Food Mart. Then some reports say that person got in their car, light a cigarette, and ignited flames that burned the Hummer to a crisp.

In a small city in Florida an idiot in a Hummer pulled up to the gas pumps and filled a Rubbermaid container full of gas, put it in his car & lit up a cigarette! The fumes ignited, the Hummer burned up and he was lucky to get out alive! pic.twitter.com/ozOluEcz2K

Yesterday in Florida, a man drove to Texaco, loaded his Hummer with gas cans, then lit a cigarette.

1. Don’t hoard containers of gas
2. DEFINITELY don’t store them in your car
3. And don’t light a cigarette
4. Florida….

Hummer destroyed in fire, one person hurt https://t.co/sHGCpBiBLA via @CitrusChronicle

Social media has not been kind to that Hummer owner. The general sentiment is hoarding gas is idiotic (it is) and especially so in Florida (it really is).

For what it’s worth, the third gas station I went to this morning was completely full of gas and the majority of the pumps were open. The gas stations that were sold out of gas were the ones closest to my house. This leads me to believe my neighbors are the dickfors who have been panic buying and hoarding gas.

This idiot in Florida filled his Hummer with gas cans and lit a cigarette. #GasShortage2021 🧘🏽🧘🏽 pic.twitter.com/nZ14UtmiW5

Before we head out of here let’s revisit Ben Harper’s Burn One Down. Here is the music video along with the lyrics below.

Ben Harper is obviously talking about marijuana but most of the lyrics could easily be about burning a Hummer down to the ground:

How can we be sure Ben Harper isn’t talking about his right to hoard gas and burn it down as he pleases?

For more on this developing report, you can visit the Chronicle Online.