Florida Man Goes Full ‘Dukes Of Hazzard’, Jumps A Canal In His Nissan 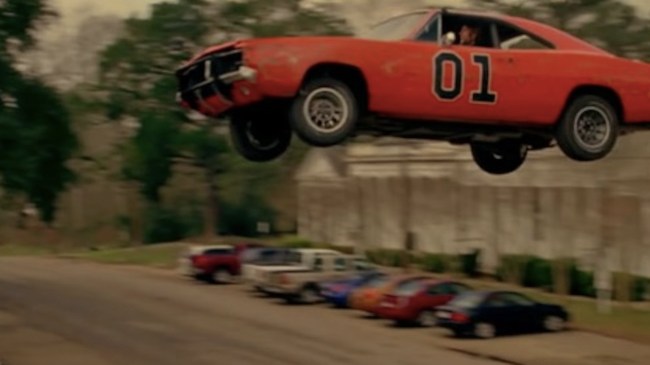 But because Florida is Florida, for every Florida Man story that bums or grosses you out, there’s another that will quite literally make you laugh out loud. This story is an example of the latter.

According to WFTX, 35-year-old Florida man Robert Foley was arrested for hit and run following a police chase that saw him jump his Nissan Versa over a canal.

And when we say “going full Dukes of Hazzard“, that isn’t just some descriptive phrase that we made up for the sake of the headline, it’s literally how Florida authorities described the incident.

Based on tire marks, deputies say Foley was driving westbound on 21st Street Southwest towards a large ditch. That is when an arrest report shows “based on the physical evidence it was apparent the Nissan Versa was traveling at such a great speed that it vaults/airborne and cleared the water canal/ditch in a fashion only to be described similar to what was depicted in The Dukes of Hazzard.” [via Fox 4 Now]

Despite being able to make the jump over the canal, Foley’s Johnny Knoxville impression came to an end after he eventually crashed into a parked truck.

Following his movie-esque joyride, police say Foley was later found “in pain” and smelling of alcohol (which isn’t surprising considering the utter balls it takes to try and take your land-based vehicle airborne). He was then taken to a local hospital for treatment before being booked into the Lee County Jail.

No word on the state of the Nissan, though.