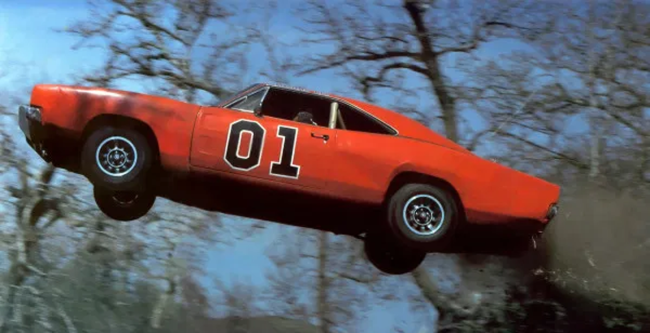 Who among us has not sat in our cars, waiting, as a drawbridge slowly creeped its way open and not thought to themselves, “I wonder if I could jump that”? It’s got to be close to zero percent, right?

Well, one man, a Florida Man, decided that on Monday he was going to live the dream.

The bridge in question was the Main Street Bridge which crosses over the Halifax River down in Daytona Beach.

The man, however, has sadly yet to be identified – something the local police department down in Daytona would like to remedy ASAP.

And while jumping the opening drawbridge would have been cool enough itself, this is Florida Man we’re talking about so he had to be extra and bust through the gates on both sides of the bridge while completing his epic jump.

BAD IDEA: An impatient driver barreled through a traffic arm and jumped a drawbridge in Daytona Beach: https://t.co/m54tEIngRD pic.twitter.com/8BN957eDsp

Dude was absolutely not going to be denied.

If only there were sound we might have even caught a “Yeeeeeee-hawwwwwww!” as he made the once-in-a-lifetime leap.

Florida Safety Council spokesperson Bonnie Frank was very verklempt by Florida Man’s jump, telling Fox35 in Orlando, “It’s absolutely against the law, that’s why the rails are there. You’re not just risking yourself, you’re risking all those other people that are also up on that bridge.”

According to the Daytona Beach Police Department, this is the second time in a month that someone has made the leap as a motorcyclist also jump the drawbridge during Daytona’s annual Bike Week.

This is the Main Street draw bridge. The Bike Week “shenanigans” have officially commenced! Folks, please be safe and be smarter than this guy! pic.twitter.com/KGBuPDQfw9