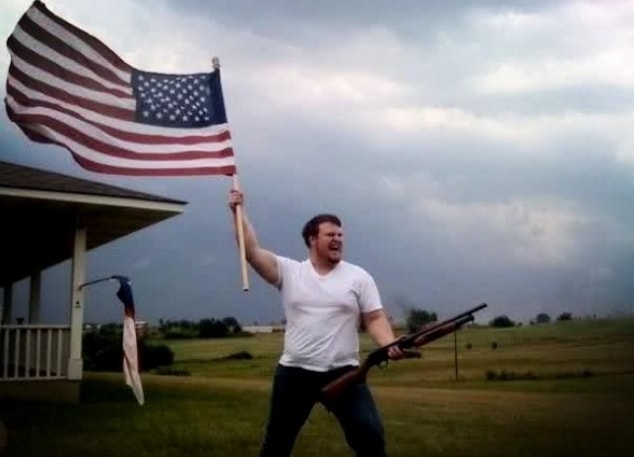 Many people have thought about ways to stop hurricanes before they make landfall including dragging a gigantic glacier to the path of the hurricane to cool the waters or pumping huge quantities of cold water into the eye of a hurricane to decrease its strength. Then there’s Florida’s idea to suppress hurricanes – shoot at it with guns. Yes, someone thought shooting a small metal bullet from miles away from the eye of the storm will stop a massive 400-mile-wide Category 4 storm with 130 mph winds.

A Facebook event was created called “Shoot At Hurricane Irma” where it said: “YO SO THIS GOOFY 🙄🙄LOOKING WINDY HEADASS NAMED IRMA SAID THEY PULLING UP ON US🤔🤔🤔, LETS SHOW IRMA THAT WE SHOOT FIRST 😤😤😤”

It’s obviously a joke right? Right? RIGHT?!?! Sadly, this joke caused over 54,000 people signed up to shoot at Hurricane Irma. The event went so viral that the Pasco Sheriff’s Office was forced to respond to the ridiculous hurricane prevention.

To clarify, DO NOT shoot weapons @ #Irma. You won't make it turn around & it will have very dangerous side effectshttps://t.co/CV4Y9OJknv

“Over 99% of the people out there have common sense and are listening, but we in law enforcement deal with the 1%, so we are trying to get the message to them,” explained Pasco County Sheriff Chris Nocco. Pasco County is located on the western coast of Florida near Tampa.

Hey everyone here for shooting guns at hurricanes…how about you RT this, too, and get some volunteers for our shelters? pic.twitter.com/Bn9wL0U8xM

The Coalition to Stop Gun Violence also issued a warning that people should not shoot their guns at the hurricane.

⚠️ Unfortunately we must issue the following warning ⚠️ DO NOT SHOOT YOUR GUNS AT THE HURRICANE!!! 🤦‍♂️🤦‍♂️🤦‍♂️https://t.co/diS56jWInX

The Facebook event was started by two men, one of them was Ryon Edwards who said, “A combination of stress and boredom made me start the event.” Edwards is a resident of DeLand, Florida and posted a response that said, “I figured (law enforcement officers) of all people would understand the humor behind (the group).” “Well guys, it’s here. The moment we’ve been waiting for. It was cool to see the response this got from facebook. On another note, I’ve learned that about 50% of the world could not understand sarcasm to save their lives. Carry on.”

This is really stupid. Everone knows that guns can’t stop a hurricane. Only firing off an RPG into a hurricane will stop it. /s