Florida State Fans All Got Sick At Their Win Over LSU In New Orleans, But They Have Absolutely No Regrets 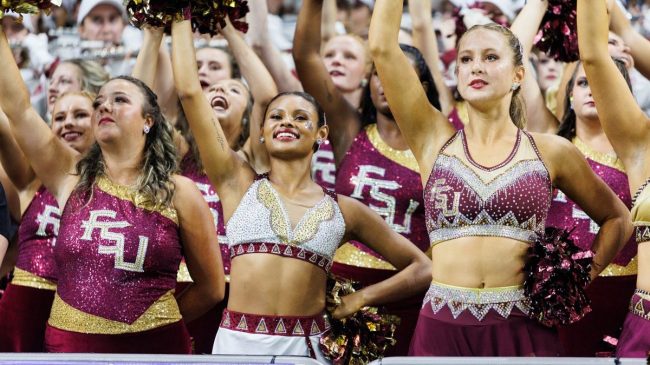 It’s been a rough handful of years for the Florida State football program. The Seminoles are five years removed from their last winning season and it’s been six years since FSU last won 10 games in a season.

Since then, Jimbo Fisher has left for Texas A&M. Willie Taggart has come and gone, and Mike Norvell has suffered a disastrous first two seasons.

But fear not, Noles fans, things are looking up.

Florida State began its 2022 reason with a 47-7 rout of Duquesnse in week zero. The Seminoles then carried that momentum over into a heart-stopping 24-23 victory over LSU in New Orleans in week one.

The victory caused turmoil for the Tigers. Star wide receiver Kayshon Boutte removed all reference to the school from his social media, and new head coach Brian Kelly is already getting hammered by the media.

But for the Noles, it was only good news all around. They moved to 2-0 for the first time in three years under Norvell. Quarterback Jordan Travis looked as good as he has at any points in his career, and they received 42 votes in the latest edition of the AP Top 25.

All is well in Tallahassee. Except, of course, for the fans.

New Orleans is a wild and wonderful place. Finding out you left the city with some sort of strange disease is not exactly a huge surprise. But it turns out Noles fans picked up a bug of a different variety: COVID-19.

If you went to the #FloridaState game on Sunday, you might have Covid. pic.twitter.com/4oarQYgQpY

A number of message board posters on On3 Sports FSU website Warcant disclosed that they tested positive for the virus after returning home from the game.

Would they make a different decision next time with the benefit of hindsight?

All the fans seem more than happy to make the COVID for big victory trade-off.

Legit would love to know the ratio of positive COVID tests to brutal Monday morning hangovers.