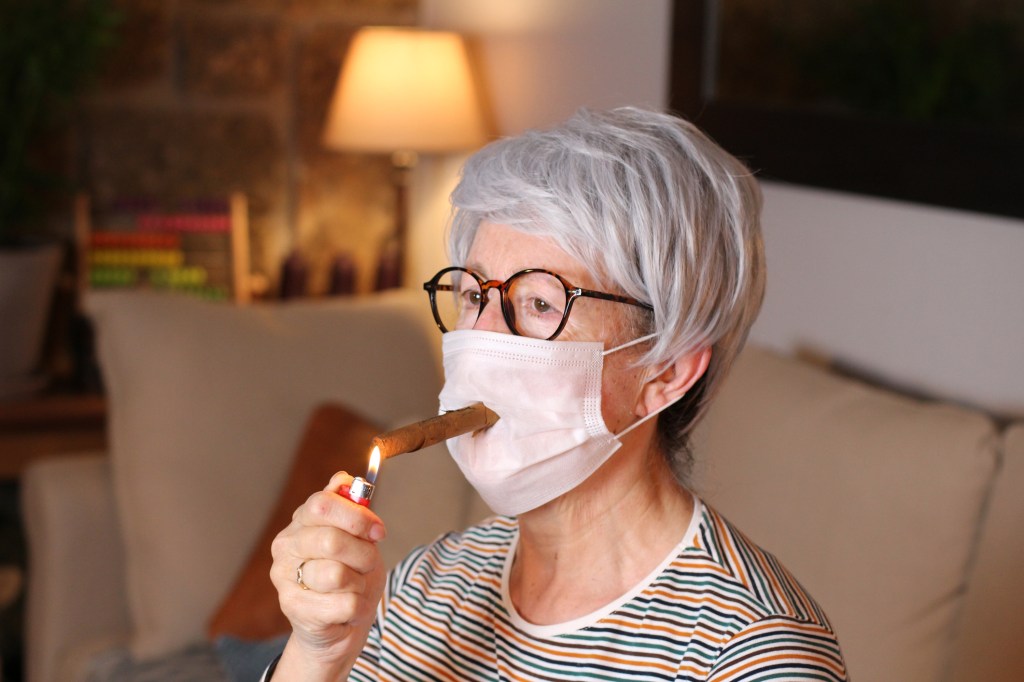 Two women in Florida were busted trying to get the vaccine and cited for trespassing after a worker noticed something was awry. One of the wildest details of this story is they were actually there to get their second doses of the vaccine which means this scheme potentially worked the first time around.

The two ladies, aged 34 and 44 years old, dressed up like grandmas by putting on bonnets and gloves. I know it’s been nightmarishly cold across much of the country this week and that’s an understatement, but Florida has seen temperatures in the mid and upper 80’s this week. It’s practically Summer out there already. The gloves would’ve been an immediate red flag to me.

This took place at the Orange County Convention Center (Orlando) and officials are now looking into whether there was some sort of loophole which enabled these people to slip through the system undetected the first time around. Here’s the story from WESH:

“So yesterday, we realized a couple of young ladies came dressed up as grannies to get vaccinated for the second time. I don’t know how they escaped for the first time, but they came vaccinated. The bonnets, the gloves, the glasses, and they were probably in their 20s,” Dr. Raul Pino said.

Officials say the women were actually 44 and 34 years old.

The county has been running the site and doing about 2,500 appointments a day vaccinating people 65 and over.

Pino said that some fire rescue workers who were helping screen and check in the people coming for vaccines noticed something fishy and Pino said the Orange County Sheriff’s Office got involved.

The women were not charged, but were cited for trespassing. Pino said they’re looking into whether there is some loophole in their process that let the women get the first shot, or if they had help from someone on the inside. (via WESH)

Florida is currently only vaccinating people aged 65 or older, medical workers, assisted living facility workers, and some rare situations where doctors can prescribe someone as being severely at risk but I haven’t heard of the latter happening yet amongst anyone I know in Florida who would immediately qualify as at-risk.

As of Thursday, February 18, the state of Florida has administered a total of 3,783,965 doses so the state is getting a lot of doses into people’s arms but there’s really no mention of when the age restrictions will change. And with nearly 4 million doses out there, it’s not at all shocking that people like these women are finding ways to break the rules and jump ahead of those in need.

One of the things we’ve all learned over the past year is there are A LOT of people out there only looking ou for themselves. Frankly, I’m shocked it’s taken this long for something like this to happen.

Meanwhile, there are uplifting stories out there about the vaccine effort. New York’s ‘smallest, oldest, and most remote‘ county is already up to 40% vaccinated!