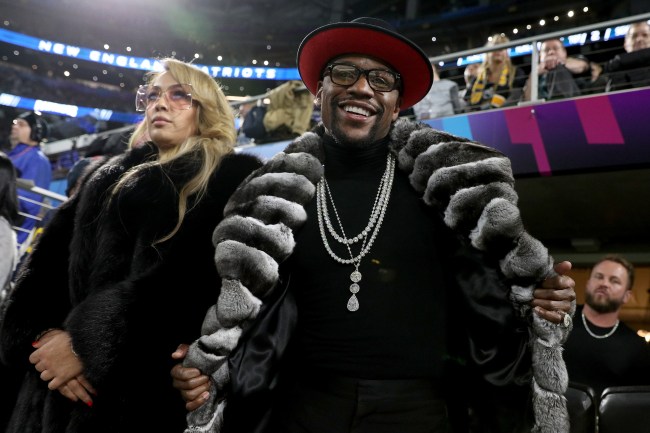 Floyd Mayweather is one of the richest athletes on the planet, or at least he should be based on how much money he’s made throughout his career. He has career earnings of somewhere between $700 million and $1 billion ($250M on the Manny Pacquiao fight alone) but he spends big on cars, mansions, and he’s an avid high-stakes gambler. So there’s really no way of telling how much he’s got in the bank or tied up in investments

Last night, Floyd Mayweather was playing “Ten Play Draw Poker” at $25/hand with a $20,000 buy-in and walked away after winning a $101,250 jackpot. Sure, $100K is less than Floyd Mayweather might spend in a single night at the club but that’s still a hell of a lot of money to win playing $25/hand. Floyd shared footage of his winnings on his Snapchat which has been making the rounds all across the Internet today:

Floyd Mayweather’s no stranger to winning enormous sums of money, laying it out on the table, and taking pictures of it:

He’s also not afraid to share his winnings on social media like he did a few months ago when he shared a pic of a check for $100 million:

I can’t think of another celebrity or athlete on the planet who’s able to toss around cash the way Floyd Mayweather does but JUST ONCE I’d like to see how much loses at the casino on any given night…on the nights he doesn’t win.