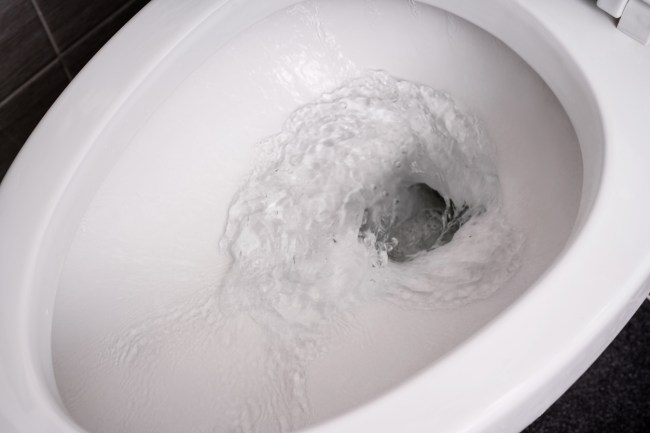 When I see a public toilet, I can’t help but think of the copious number of butts that have previously rested on it. I don’t know why, but whenever I head into a restroom outside my home, my head is just flooded with visions of the butts that sat on the porcelain thrones before me.

Some of you reading this are already disgusted and are thinking about clicking away and going for a run to cleanse your mind but I can’t stress how important it is to be mindful of germs in bathrooms—a topic that was once addressed on an episode of MythBusters where Jamie and Adam learned that fecal matter is all over the place.

They looked for bacteria on their toothbrushes and quickly discovered that there was fecal matter even on the ones that were isolated outside of the bathroom. However, it turns out toilets can also contribute to the transmission of something worse than fecal matter.

What’s worse than fecal matter in the air, you ask? How about COVID-19?

According to The New York Times, a  recently published study found that flushing a toilet generates a cloud of aerosol droplets containing various bacteria and viruses that can rise up to three feet in the air. If these droplets linger long enough, they can be inhaled by the next visitor and possibly transmit the illness, meaning inadvertently walking into the aftermath of a smell made possible by a breakfast of unrefrigerated Indian food and black coffee is no longer the worst thing you can be greeted by when walking into a bathroom.

There is no evidence that toilets are currently responsible for even a small percentage of COVID-19 cases but they could present an issue as people return to bars, restaurants, and other places that feature a shared commode. While this isn’t always possible, experts suggest you close the toilet lid before you flush when you can so the particles can’t shoot straight up into the air.

They also strongly advise washing your hands, but if you’re still not washing your hands after going to the bathroom at this point, I hope you never leave your house again because you’re just making it harder for people who want to be able to leave their house without the constant threat of contracting a deadly illness hanging over their head.