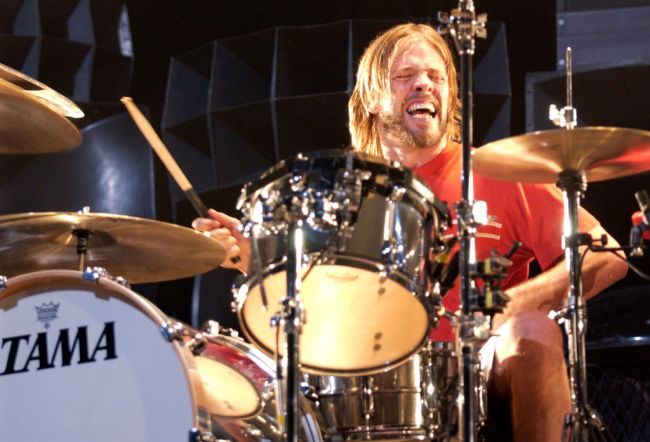 On Friday night, the Foo Fighters announced that longtime drummer Taylor Hawkins had suddenly passed away.

According to Colombian newspaper Semana, Hawkins was found dead in his hotel room in Bogota hours before the band’s scheduled performance at Estereo Pìcnic music festival.

According to Semana, a weekly newspaper in Colombia, Taylor Hawkins was found dead in a hotel in Bogotá. Stunning. Heartbreaking. https://t.co/r9r3cQ5YMm

Fans immediately shared their tributes to Hawkins on Twitter.

Here’s Taylor Hawkins owning the transcendent Bowie verse of “Under Pressure.” What a loss. pic.twitter.com/pv0yvMF50F

RIP to one of the greats Taylor Hawkins. pic.twitter.com/BfRqintRTh

I am stunned to learn of the death of Taylor Hawkins of Foo Fighters. An insanely talented musician and a delightful human being, Taylor was a living embodiment of a Rock N Roll. I will always cherish my interactions with him. #TaylorHawkins pic.twitter.com/kQrnUng8Al

RIP Taylor Hawkins, your beats will live on. pic.twitter.com/UFb20LVPVo

A beautiful man that brought joy to so many. pic.twitter.com/qWhgrz6h9H

So very very sorry to hear of the passing of our friend Taylor Hawkins. Honestly no words. Big love brother Taylor. Thinking of his family and the guys in his band. Absolutely heartbreaking #taylorhawkins 💔💔💔 pic.twitter.com/4faHc3J7nM

In absolute shock & disbelief over the the passing of Taylor Hawkins. I’ve always had so much admiration for him. Amazing drummer & a gem of a guy who was always fun to be around. I’m absolutely gutted…my deepest condolences to his bandmates & family 😥🙏 #RIPTaylorHawkins pic.twitter.com/a3X0k2AqYW