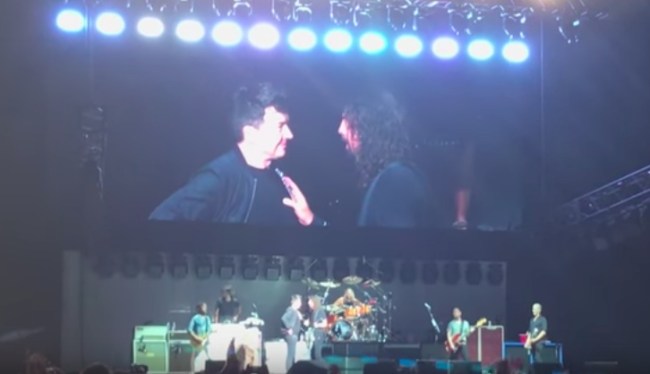 The internet has made it easier than ever for pseudocelebrities to warp time in order to make their fifteen minutes of fame last longer than ever before, and virtually no one has managed to capitalize on this better than Rick Astley. The baby-faced singer had a couple of hits in the 1980s, but he fell off the face of the Earth until people decided it would be hilarious to randomly link to the music video for “Never Gonna Give You Up,” creating a veritable Super Meme in the process.

It’s been almost 10 years since Rick Rolling reached peak levels of saturation, but Astley still hasn’t stopped riding his wave of internet fame. The singer released his first album in almost two decades last summer, and he continues to tour the world and perform to fans who aren’t entirely sure if their enjoyment of his music is ironic or not.

Astley most recently made a pit stop at Japan’s Summer Sonic Festival, where he teamed up with Dave Grohl and the Foo Fighters to perform a cover of “Never Gonna Give You Up” that you never knew you needed in your life.