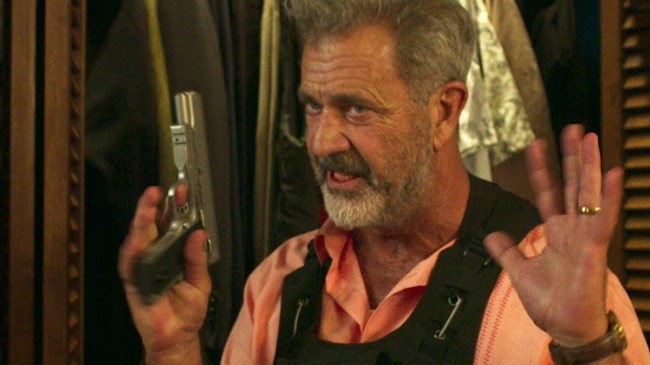 Sure, why not? Who the hell even knows anymore? Screw it, ya know? Mel Gibson, Emile Hirsch, and Kate Bosworth starring in a “natural disaster heist thriller” B movie? Sure sounds like an absolute blast to me, especially considering that new movie releases are few and far between these days.

Naturally (see what I did there), though, people are predictably already upset with the movie because A) well, Mel Gibson and B) the plot appears to be centered around a stubborn old white man refusing to leave his home in the midst of one of the most catastrophic events in Puerto Rico’s history. Objectively and optically that’s… uh, not great, to say the least.

Here’s the official synopsis for Force of Nature:

A cop encounters a group of thieves while trying to evacuate people from a building during a hurricane.

Oddly enough, Gibson — who has miraculously somewhat rehabilitated his career over the last decade — has a busy 2020, as he’s got three movies that are set to be released this year.

Force of Nature is set to be released on June 30.