The Legend Of The ‘Forrest Gump’ Sequel That Never Got Made 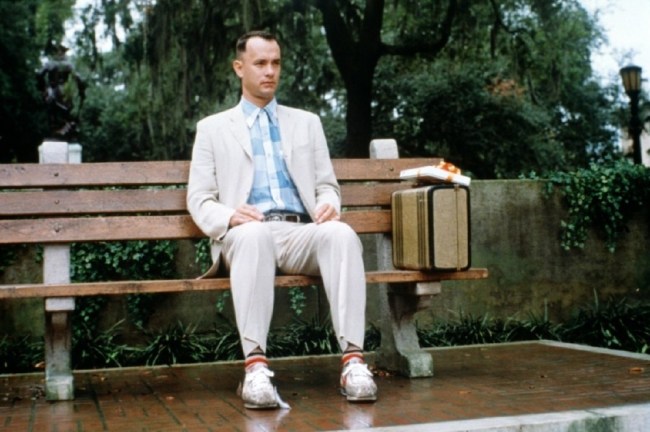 After two decades of being a you-can-always-find-it-on-cable movie, Forrest Gump has become a film that’s almost trendy to hate on. But back in the 1990s, though, Forrest Gump was one of the decade’s seminal films. Given its massive success, it’s actually quite a surprise that a sequel never came to be, especially considering how Tom Hanks’ star power would continue to rise through the 90s.

There is, in fact, a sequel to the Forrest Gump book and it’s titled Gump and Co. Picking up in the 1980s, Gump and Co. finds Forrest in the thick of a booming shrimp market. Unable to make ends meet due to the rampant demand, and after Lieutenant Dan sells his share of the Bubba Gump Shrimp Company in order to retire, Forrest ends up taking a job as a janitor at a strip club. From there, Forrest goes on a similar major-event-spanning journey. So, yeah, as you can already tell by its opening: Gump and Co. obviously doesn’t possess the magic of its predecessor.

Given the massive success of the first film, it should come as no surprise that Paramount Pictures attempted to make a sequel. Development of that sequel, though, was first halted due to the September 11th attacks, according to screenwriter Eric Roth.

“I turned in the script the night before 9/11. And we sat down, Tom [Hanks] and Bob [Zemeckis] and I, looked at each other and said, we don’t think this is relevant anymore. The world had changed. Now time has obviously passed, but maybe some things should just be one thing and left as they are,” Roth told Slash Film.

Paramount would then reportedly go on to kick the tires on the project again in 2007, but nothing came of it.