Fortnite Blackout: Entire Map Gets Sucked Into A Black Hole As The Game Deletes Itself, Here’s Why 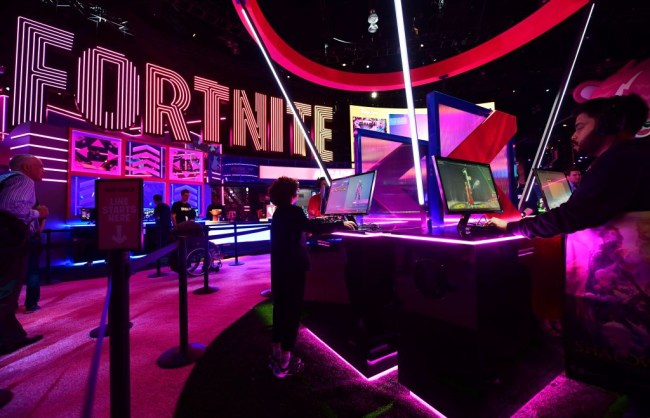 You may have seen Fortnite trending on Twitter on Sunday – and still on Monday – as something major happened with the crazy popular battle royale game: it deleted itself.

In what is now being called ‘The End,’ every player’s screen went black on Sunday.

After a rocket launched and exploded into various rifts, multiple rockets appeared over a meteor creating even more rifts before eventually disappearing. There was then a relatively calm moment, but then music began playing before players began to float before the rockets and meteor re-appeared creating a dome that then exploded resulting in a black hole that sucked the entire map and every player into it.

After everything calmed down, all that was left was the black hole. Nobody can play the game at the moment and the only thing left right now is the black hole; it’s all you see on Fortnite’s website and Instagram. The official Twitter account even went as far as deleting all of its tweets and leaving nothing but a link to the black hole live stream.

It hasn’t just been a black-hole on the screen since the event. Some of the record-setting 1.6 million people that tuned in on Twitch to watch the event unfold saw the numbers 146, 11, 15 and 62 briefly appear around the black hole.

The only problem is nobody knows what the numbers mean. If you put the numbers into Google maps it takes you to some random crab infested place. Fortnite is trolling everyone and they’re doing a pretty good job.

This is no joke – @FortniteGame are FULLY trolling us all.

Since the original set of numbers, there has been more show up, but there is still no idea as to what they mean.

The event marks the end of Season 10 of the game, which players knew was coming, but the fact that the game isn’t playable and it’s showing a black hole has people freaking out whether or not Season 11 or Chapter 2 is indeed coming.

Anyone that loads up the game is greeted with a technical difficulties screen and then nothing.

People shouldn’t freak out about the game being gone forever though. The game’s developer, Epic Games, has released various updates about Season 11.

The new season of the game is coming, but nobody knows the exact date or time. For past seasons, Thursday has been the day the new seasons have dropped, so Oct. 17th is the date most of the world is circling for the game to return.

It’s incredible how these developers have created this much hype and speculation around the game – which remember, is free – as they’re more or less blacking out the game for a few days in order to do some maintenance and updates for the new season.