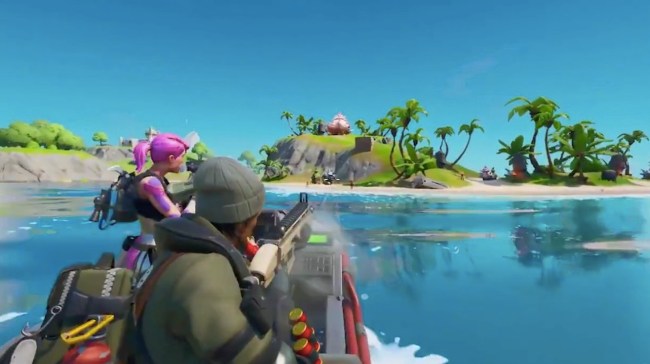 I’m going to be completely honest with you: I don’t play Fortnite. Not for some bizarre ‘old man yells at cloud, damn you stupid kids’ reason, but simply because I absolutely stink at it.

By the time I got around to dabbling in Fortnite, the game was already filled to the brim with elite players — players who are likely a decade younger than me — therefore making any chance at victory close to impossible.

When I play video games, I want to win, so having my ass handed to be by preteens for a couple of hours a day has never really been my cup of tea.

Nevertheless, I understand the appeal of Fortnite: it’s like a cartoon, video game version of manhunt, and who didn’t love manhunt when they were a kid? Plus, it’s free! What a world we live in that the world’s biggest video game can be downloaded for free. We’ve come a longggg way from the days of Super Smash Bros, that’s for sure.

Anyway, so, yeah, Fortnite: it’s big as shit and it just flexed on everyone by pretending the game got sucked into a black hole only to relaunch what is effectively Fortnite V. 2.0 just days later.

Drop into a New World 🌎

The Chapter 2 trailer unveils a new island that features 13 locations, introduces squad support options such as the ability to carry an injured teammate to safety, and a “bandage bazooka” that can be used to heal other players.

Additionally, Fortnite Chapter 2 will also make better use of the aquatic aspects of the maps, allowing players to swim, fish, and drive motorboats.

Fortnite Chapter 2 is now available to play on PlayStation 4, Nintendo Switch, Xbox One, and more.