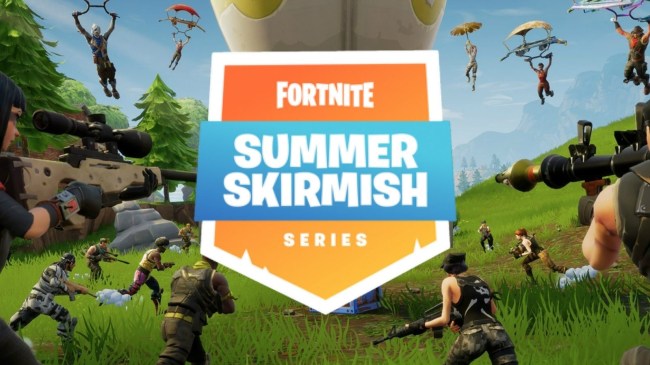 Epic Games is investing $100 million into esports and their first foray into the competitive gaming industry is the Fortnite Summer Skirmish Series. Over the next two months, Epic Games will host a weekly tournament and each week the format will be different. Epic Games promises to award $8 million over the course of the tourney. On Saturday, the Fortnite Summer Skirmish Series kicked off and it was an unmitigated disaster.

The first of many Fortnite tournaments began on Saturday at 4 pm EST and there was prize money of $250,000 up for grabs. The first week was a duos tournament consisting of 35 teams with pros and Summer Showdown high performers. First place would win $50,000 and the team with the most kills at the end of each game would be awarded $6,500. This was to prod players into being more aggressive and to not reward campers.

Right off the bat, the game’s servers lagged and it caused the gamers to seek refuge. The players went into hiding because the game was so delayed at times. The top international Fortnite gamers were crushed by the lag as shots jumped erratically. Everyone who was watching including the 120,000 viewers on the main Fortnite channel were bored to tears by the lack of action. More people seemed to die from the storm than actual opponents.

In a tweet, Epic Games acknowledged the server issues that wrecked the tournament and said they “we’re looking into improving server performance and ironing out issues as well.” Let’s hope Epic can iron out these major issues before next week or their investment into esports might be all for naught.

Thanks to all the participants we had out in the first week of #SummerSkirmish! We'll be using different formats each week.

We're looking into improving server performance and ironing out issues as well. You can see the final results for Week 1 here: https://t.co/EGhCop4XGM