‘Fortnite’ World Cup 2019 Details Revealed, How You Can Win Some Of The $100 Million Prize Money 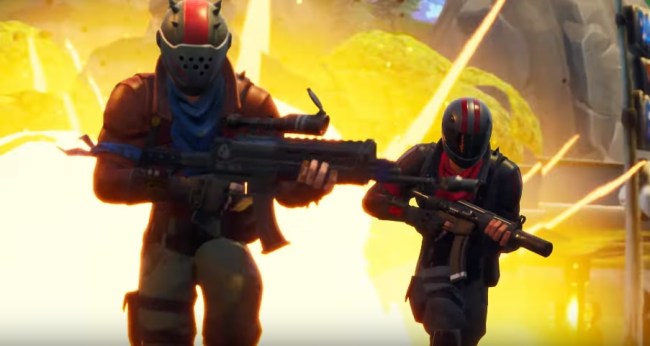 Nintendo announced that Fortnite Battle Royale is FINALLY coming to Switch on Monday at the gaming company’s E3 2018 presentation. Now we get more exciting Fortnite news that the most popular game on the planet is having their own esports competition where you can win some serious money.

Epic Games announced that they are organizing the Fortnite World Cup 2019, which will include “community organized events, online events, and major organized competitions all over the world, where anyone can participate, and anyone can win.” Qualifying matches for the Fortnite competition will begin this fall and the actual World Cup will kick off in late 2019. There is definitely plenty of potential to make some serious coin playing in the Fortnite World Cup with $100,000,000 in prize money being awarded throughout the worldwide competition. That’s $100 million to play a video game that you were already playing every second of your free time. Not a bad deal.

The best part is that this is not just for the elite esports competitors, entry into the World Cup is open to any gamers. “This is for you, the players,” the Epic Games blog post states. “Qualifications for the Fortnite World Cup will be based on merit. Epic will not be selling teams or franchises, and won’t allow third-party leagues to do so either.”

Epic Games says that “rules, player code of conduct, specifics about platforms, and Fall 2018 schedule are on the way.” But to win big money you’ll most likely have to knock off world-class Fortnite gamer Tyler “Ninja” Blevins. Good luck, you’ll need it.