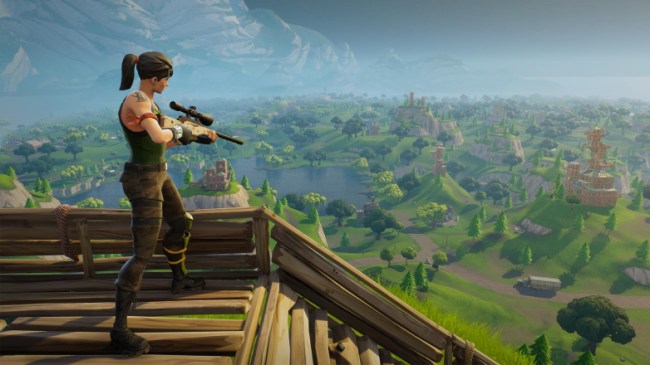 On March 15th, Drake played Fortnite Battle Royale with Ninja and was broadcast on Twitch. The broadcast had over 635,000 concurrent viewers, blowing away the previous non-tournament record of 388,000.

Ninja now plays Fortnite, the hottest game on the planet at the moment, and before that Halo was his go-to game. Ninja has 3.7 million Twitch followers, 5 million YouTube subscribers, and nearly a million of followers on Twitter. That massive following allow Blevins to earn a remarkable income from playing video games.

The 26-year-old professional gamer was on CNBC on Monday where he acknowledged that he makes a whopping $560,000 per month. That’s right, more than a half of a million dollars each month for allowing people watch him play video games.

Ninja revealed that a majority of his revenue comes from Amazon and Twitch Prime subscribers. Blevins makes a vast amount of money from Twitch where it costs $4.99 a month to subscribe to his account. Half of the money goes to Twitch, and half goes to the streamer.

“I think I offer high-tier gameplay they can’t get with a lot of other content creators,” Ninja said why people love to watch him play video games.

“It’s very difficult to be one of the best at a video game – or anything at all in the world.”

“I’m very goofy. I do impressions, and just crazy shenanigans. The combination of that – it’s a hybrid. It’s just really fun to watch and a pretty positive environment as well,” Blevins said. “I maintained my job I was working at Noodles and Company and I stayed in college while I was doing all these things,” he said. “I continued to do well in school and focus on the future of my life as well as working on streaming and competing in Halo.

“It was one of those things where, if I was doing well in school, putting in the time and effort there, in soccer as well, that I would be rewarded with playing as many games as I wanted, Ninja told CNBC.

“Honestly, I encourage everyone to do that. All the kids out there: you can’t just drop everything to focus on playing video games for a living. It’s also becoming a very competitive career choice. You want to make sure you’re securing your future while putting the extra time to make this happen as well.”

“Definitely investing and saving it as much as possible. I don’t plan on doing anything crazy with it right now. Me and my wife are sponsoring an animal every month.”

Ninja raised $113,000 for the American Foundation For Suicide Prevention last month. I don’t think Blevins will be working at Noodles and Company again. Fortnite Battle Royale is coming to iOS and Android, could gameplay between all gaming platforms come next?

The phrase “what a time to be alive” has never been more applicable.