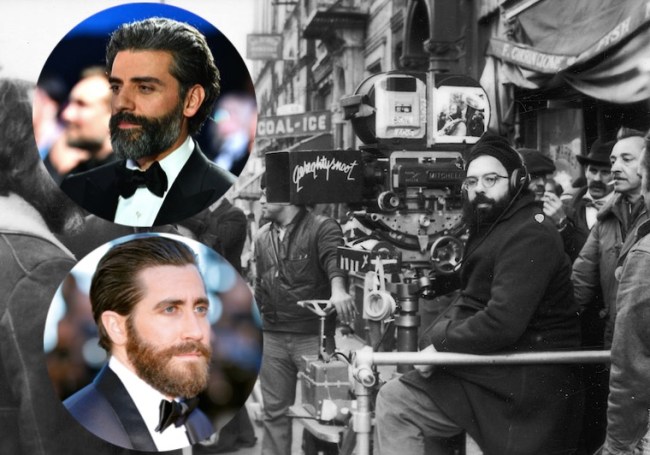 Talk about an absolute no-brainer of a movie. First of all, I don’t think it can be disputed that The Godfather is one of the most influential and popular pieces of American pop culture that’s ever been created, as the 1972 classic has essentially become synonymous with the highest level of filmmaking.

And while The Godfather holds the rarified status of being un-remakeable (fingers crossed), that doesn’t mean you can’t make a movie *about* The Godfather, which is exactly what we’re getting from Good Morning, Vietnam and Rain Man director Barry Levinson.

Not sold yet? Francis And The Godfather — which is described as “a drama about the legendary and wild battles that went into making The Godfather” — will also have a stacked cast, as Oscar Isaac is set to star as director Francis Ford Coppola, while Jake Gyllenhaal will star alongside him as famed Hollywood producer Robert Evans.

A biopic film about the making of ‘THE GODFATHER’ is in the works from Barry Levinson.

While The Godfather is considered to be one of the greatest American films and a symbol of the ’70s auteur era, getting there was no easy task. Coppola was 31 at the time, determined to convince Evans and the studio to allow him to film expensively in New York, set in the time period of a novel which would become a big bestseller. This after the original Mario Puzo script was set in contemporary Kansas City.

Evans, who took the top job after a career as an actor, had pressures all his own, as the studio was in danger of closing up shop. There was also the uneasy discussions with real mobsters who were none too pleased to have their dirty business to be aired in a major studio film. [via Deadline]