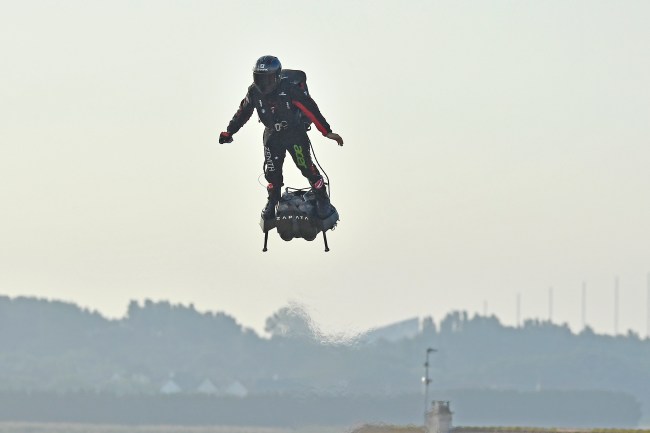 French inventor and all-around adrenaline junky Franky Zapata just became the first person in history to fly a jet-powered flyboard across the English Channel. Zapata pulled it off on his second attempt and flew his flyboard from France to England.

If the name Franky Zapata sounds familiar it’s because he’s the inventor behind the Flyboard and Flyboard Air. You’ve almost certainly seen these Flyboards before, they’re in just about every vacation destination in the world at this point and hooked up to a vacuum that lets people ‘fly’ on top of the water and do tricks.

In total, it took Zapata only 22-minutes to fly across the English Channel from France to England on his jet-powered Flyboard. He had to stop mid-way in order to refuel his jetpack.

He first attempted this on July 25th but failed to make the crossing. The second attempt was on August 4th and it was a success. Zapata was backed up by a team of French helicopters and ships and also wore a fuel reservoir backpack in case he needed to juice up his jetpack on the fly.

Map of the Channel and the route of French inventor @frankyzapata who will make a new bid to cross on his "flyboard" on August 4, after a failed attempt on July 25 @AFPgraphics pic.twitter.com/yWl5Gnt0CC

.@frankyzapata set off on his "Flyboard" from Sangatte on the northern coast of France for the 20-minute trip and landed at St. Margaret's Bay in Dover, on England's south coast pic.twitter.com/PNLnTZhSLa

What a badass takeoff this thing has: 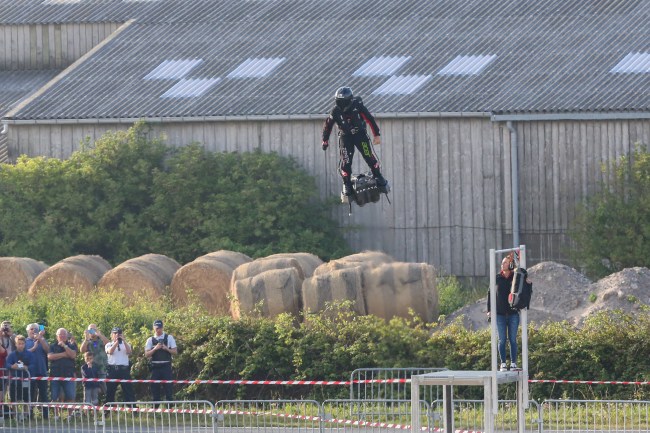 Obviously, a jetpack that needs to be refueled on a 22-minute crossing isn’t the future of jetpacks that we see in movies but this is such a huge step forward. Once they sort out the fuel issue and these jetpacks are available directly to the public then we will be living in the future we see in Sci-Fi films.

The total trip took him from Sangatte, France on the Northern Coast to St. Margaret’s Bay in Dover on the Southern Coast of England. This is pretty much Back to the Future 2 IRL at this point.