Britney Spears Is Filing Another Petition For A New Conservator, And If It Isn’t Granted, We Riot 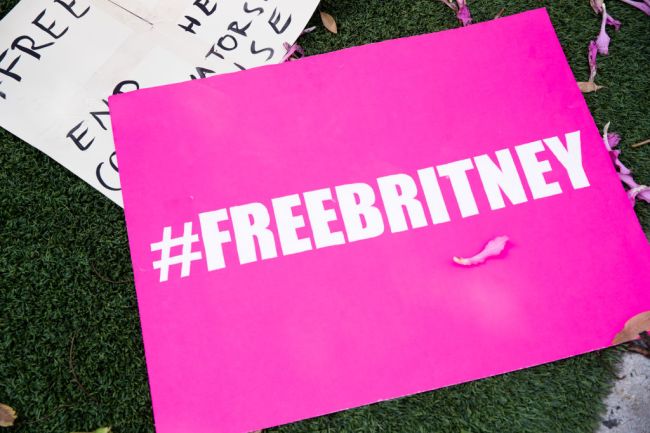 Britney Spears and her legal team are headed back to court. As the ongoing battle to remove her father as her sole conservator continues, the involved parties met for a brief virtual hearing on Wednesday. It is being reported that in the meeting, attorney Samuel D. Ingham said that he plans to file a petition to request for Jodi Montgomery, who previously served as conservator in a temporary capacity, to become a full-time conservator for Spears.

The petition is set to be reviewed in another hearing on April 27, and I’ll be damned if the judge denies the request. I watched the Framing Britney Spears documentary about a month ago and now that I’m caught up on the injustice, put me firmly on team #FreeBritney.

If you are unfamiliar with the saga, the documentary does a great job of breaking it down and is actually worth the watch, but I’ll give you the Sparknotes.

Spears lived a deeply troubled life. Born in small-town Mississippi, she gained popularity with her hit single ‘…Baby One More More Time’ and skyrocketed to superstardom. As her fame grew, so did the scrutiny surrounding her every move— particularly surrounding a belief that she was over-sexualized. All of this happened during a time where paparazzi press was at its peak, which placed Spears in the public eye to an unprecedented extent. Mundane tasks became impossible and simply leaving her house became a spectacle.

The constant publicity diminished her quality of life and drove her to a dark place in 2007. An all-too public battle with mental illness saw her go from bubbly and cheerful to broken and vulnerable. At one point, she had to be wheeled out of her own home strapped to a gurney, but the most profoundly tragic images came from the time when Spears shaved her head.

She fled rehab and showed up at her ex-husband’s home, demanding to see their two sons. When he refused, Spears drove to a hair salon and asked a hairdresser to shave her head in front of more than 70 (!!) members of the paparazzi. The hairdresser tried to talk her out of it, but when she turned her back, Spears grabbed the clippers and did the haircut herself. It was a public display of defeat. She had been so beaten down, the paparazzi won.

Shortly after the 14-month breakdown, a legal conservatorship was granted to her father in 2008. The conservatorship removed her autonomy and placed the control of her finances, career and well-being under Jamie Spears. It is an arrangement that typically is made for an elderly person or someone with cognitive impairment.

Now, at 39 years old, Britney remains under the same legal conservatorship. She wants that to change, and an ongoing legal battle seeks a new arrangement. Last year, Ingham stated in a filing that she “strongly opposed” her father as conservator and that she refused to perform if he were to be in charge of her career. Most recently, in February, a judge ruled that Jamie Spears’ control of her daughter’s finance was to be split equally with Bessemer Trust, an independent financial advisor.

Today, Britney hopes that her father’s control will be shared with Jodi Montgomery. Montgomery, a professionally-licensed conservator, temporarily took over the role in 2019 when Jamie stepped down briefly for health reasons. After Montgomery’s court appointment expired in August of 2020, Britney requested that she be named the permanent conservator of her person. The ask was denied at the time, but April’s court date will request Montgomery to become a full-time conservator. Whether that is alongside Jamie or as an individual is unclear.

Regardless, if the judge does not appoint Montgomery to the role in any capacity, we riot.

I have prepared a statement pic.twitter.com/rYx9xXWQrE