Chemicals In Non-Stick Frying Pans Can Make Your Penis Smaller 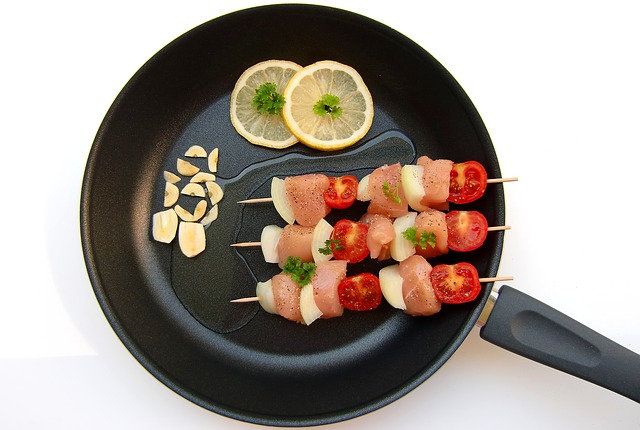 If you’re reading this its too late. A study published by the Journal of Clinical Endocrinology and Metabolism discovered that young males exposed to certain chemicals had a negative effect on their reproductive system and hormones. The toxic chemicals are called PFOA (perfluorooctanoic acid) and PFOS (perfluorooctanesulfonic acid), which are found in waterproof products, firefighting foam, and non-stick frying pans.

The scientists contend that the chemicals “have a substantial impact on human male health as they directly interfere with hormonal pathways potentially leading to male infertility.” The scientists say that “PFOA and PFOS can bind with testosterone receptors inside the cell and disrupt the normal function of the hormone.” The men also had a shorter distance between their scrotum and their anus, which can destroy sperm production. A high price to pay just so your eggs don’t stick to the pan.

The research took place in Veneto, Italy, and was published in the Journal of Clinical Endocrinology and Metabolism last week. No word on if the study was funded by the cast iron pan lobby.

The scary part is that PFOA and PFOS chemicals can stay in the human body for years and potentially lurk in the environment indefinitely, meaning they can be freely spread through the water supply. These chemicals can be passed from mothers to babies during pregnancy. There are other studies that indicate that extended exposure to PFAS can lower a woman’s ability to get pregnant, increase the risk of cancer, thyroid problems, affect the immune system and hormones, increase cholesterol levels, and lower a guy’s chance for a third date.

No research was done on what happens if you use this non-stick frying pan with a giant penis on it.

We last reported on how sperm counts have plummeted 60% over the last 40 years according to an international study based on 185 studies featuring 42,935 men. Coincidentally, that is right around the time that non-stick frying pans became popular.