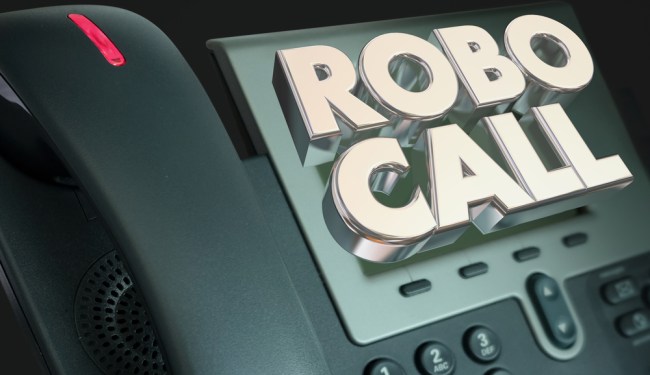 Do you receive multiple robocalls every single day? The Federal Communications Commission is attempting to quash the annoying marketing phone calls and took out a giant robocall operation this week, but it’s probably not going to be enough. On Thursday, the FTC hit Adrian Abramovic with a record $120 million fine for robocalls.

Abramovic is the head of a notorious robocall operation that placed nearly 97 million marketing phone calls over a three-month period in 2016. Abramovic’s operation in Miami, Florida, utilized open source software and auto-dialing services to call millions of potential consumers. The phone call would appear to be a number from the same area code as yours, with the same three-digit central office code and a very similar four-digit station number to your phone number are a scam (Read about neighbor spoofing HERE).

The automated calls would offer travel deals from well-known companies such as Marriott, Expedia, Hilton, and TripAdvisor. If and when the person showed interest in the offer they would be transferred to a foreign call center where live operators tried to sell them vacation packages and timeshares in Mexico that were not related to those companies. Several of the victims were elderly people who were “duped into purchasing travel deals under false pretenses.”

“Our decision sends a loud and clear message,” FCC Chairman Ajit Pai said in a statement. “This FCC is an active cop on the beat and will throw the book at anyone who violates our spoofing and robocall rules and harms consumers.” Abramovich claimed he did not intend to hurt anyone or wrongfully defraud people.

This is outstanding that Pai hit Abramovic with a record fine, but it will likely do nothing in the grand scheme of robocalls. Last month, there were 3.36 billion robocalls placed (In December 2017 there were 2.78 billion), meaning Abramovic’s calls make up less than 3% of the total robocalls placed. There is an average of 1,297 robocalls placed per second in the United States.

Sadly, it does not sound like the robocalls will cease anytime soon. To best counter scam phone calls don’t answer any calls from numbers that you don’t recognize. Let it go to voicemail and callback if it is something important. Never divulge information to unknown people on the phone. You can get scam call tips over at the Better Business Bureau.