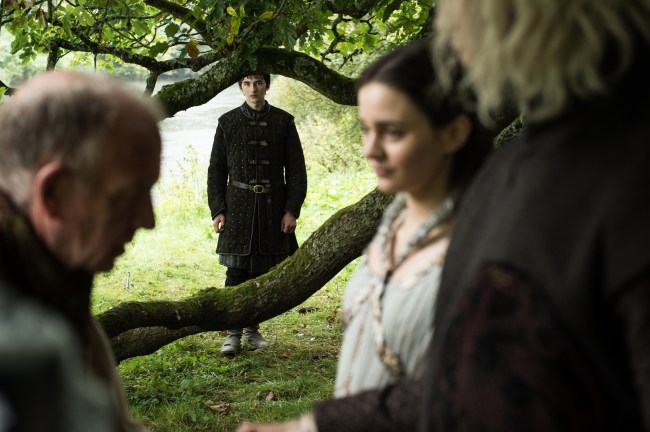 Fans of HBO’s Game of Thrones were treated to some spectacular news this week. Yesterday, HBO finally announced when Season 8 would air (April). Season 8 will wrap up the Game of Thrones which means a lot of Las Vegas bookmakers will find themselves with more free time on their hands.

Since Season 1, there have been bookmakers releasing odds on which character will win the Game of Thrones. Over the years, the favorites have been Cersei Lannister, Daenerys Targaryen, Jon Snow, and now Bran Stark has shot up the list.

This comes in the wake of HBO releasing a new Season 8 Game of Thrones hype video yesterday as part of their ‘For The Throne’ campaign that’ll lead up to the Season 8 premiere in April. The video teases some of the main characters’ plotlines based on where we left off 444 days ago.

The odds have shifted dramatically in favor of Bran Stark winning the Game of Thrones with his current odds sitting at +130. Here’s what the list looks like at the moment:

Anytime I see odds set by Vegas I assume they know something we don’t but in this instance they very well might be just as in the dark as everyone else. HBO’s kept all spoiler under wraps going into Season 8 and all we have to go on is fan theories.

According to OddsShark, the reason Bran’s shot up the list is because of a theory that states he and the Night King could be one in the same:

Another theory, which is much deeper in scope, pits Bran and the Night King as representatives of religion, of good and evil essentially, and they will eventually clash in the final battle for Westeros – which will be much bigger than any Starks, Lannisters, Targaryens or dragons.

Everyone seems to think this theory is legit which has me thinking George R.R. Martin will drop some sort of twist on us. The series has always seen our most hated characters become beloved, and the most loved characters killed off in an instant.

I think we can write off Tyrion as a contender for the Game of Thrones but I think Daenerys is still very much in the running as is Jon Snow because both of those latter two have been royal pains in the ass at various times in the series.

Also, if it’s Bran vs. The Night King I don’t see any way Bran comes out victorious because George R.R. Martin’s said the ending will be ‘bittersweet’ so while Bran might maintain some sort of awareness after a battle I can easily see him becoming the Night King.

Cersei at +2500 leads me to believe that someone somewhere knows she’s going to die this season. That’s the only explanation for her poor odds because she’s still managed to keep herself in the mix after all these years.