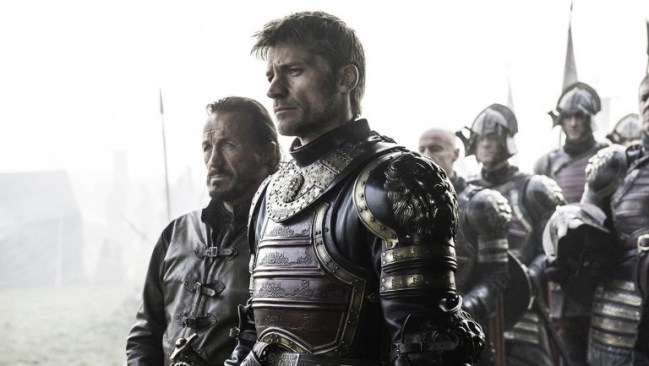 We are only three months away from the final season of Game of Thrones hitting screens. While we’re waiting, let’s delve into this intriguing fan theory that explains how and why Jaime Lannister will be the hero of Westeros and slay the Night King. Before we proceed, there are spoilers ahead.

Redditor u/Arcaroth posted a fan theory in the Game of Thrones Reddit that laid out how Jaime will live up to his nickname and save the day. The Night King, his Army of Dead, and an ice dragon are marching south to wipe out any living creature in their way. Who will stop them? Maybe Jaime Lannister AKA The Kingslayer.

“Jaime will kill the Night King using the scorpion+valyrian steel arrow which will be reforged from his sword by Gendry,” the fan theory goes. “Jaime is known in the history book as the Kingslayer and there are still pages empty for him to do something good (even though that deed was good, too). What can be such big deed worthy of filling those pages? He will again be the Kingslayer but this time he will not kill the Fire King, but the Ice King.”

“On the fields of fire, he told Bronn to shoot Drogon with the scorpion because ‘he can’t shoot with one hand,’ but he will have to do it this time,” Arcaroth wrote. “If he doesn’t kill the Night King he will at least make the King land to King’s landing by killing his dragon.”

This is a reference to the giant crossbow-like weapon that was created by Qyburn to shoot down dragons and defend King’s Landing. This ballista weapon is called a “scorpion” in the show and it was seen in Episode 4 of Season 7 where Bronn was able to take down Drogon.

This would be a wonderful way for Jaime to redeem himself and get back to his former Kingslayer glory like when he killed Aegon Targaryen, the Mad King.

However, there are many fan theories that suggest Jaime will be busy killing his own sister. In George R.R. Martin’s A Song of Ice and Fire books, Cersei Lannister visited Maggy the Frog, a fortune teller from Lannisport. Maggy told Cersei her fortune and predicted that she would die at the hands of “the valonqar,” which means “little brother” in High Valyrian. Cersei assumes that the little brother is Tyrion Lannister, but her twin brother and lover Jaime was born before her. However, the little brother murderer doesn’t necessarily have to be Cersei’s little brother.

Other little brothers in the Game of Thrones universe that could kill Cersei are Sandor The Hound” Clegane, the younger brother of Ser Gregor Clegane. Maggy said all of her children will die before she does and the valonqar will choke her to death, but what if her son Tommen comes back as a zombie wight and strangles his own mother? Another possibility is what if Arya Stark wears the face of Jaime and murders Cersei, thus crossing another person off of her death list. Or could Cersei die during childbirth of the baby she is currently pregnant with?

In the first teaser trailer for Season 8 of Game of Thrones, a Lannister lion is burned to death by fire on the Westeros map in Dragonstone. Could that be Cersei? Tyrion? Jaime?

Now we anxiously await for April of 2017 when the final season of Game of Thrones FINALLY arrives on HBO and we get the answer to who if anyone can defeat the Night King.