‘Game of Thrones’ Star Also Hated Season 8, Would Sign A Petition To Get It Remade 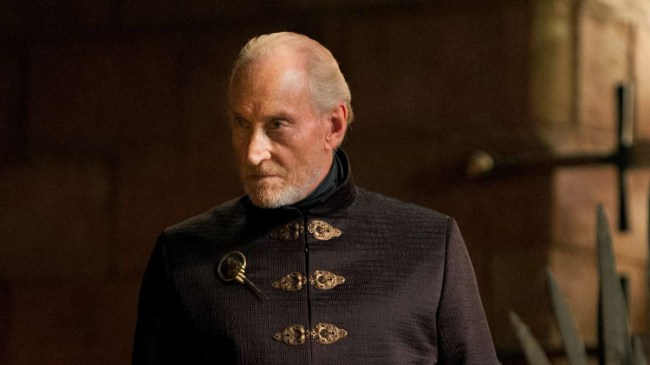 Can you believe it’s only been a little over a year since Game of Thrones wrapped up its eighth and final season? Given all that’s happened between now and then, I wouldn’t fault you for feeling like Game of Thrones was on the air in a past life. In fact, it’d be quite understandable if you wanted to just pretend that Game of Thrones‘ final season was merely a nightmarish figment of your imagination. Between you and me, that’s the coping mechanism I’ve since adapted and so far, so good.

I am obviously far from the only one left feeling scorned by the final six episodes of Game of Thrones, as fans across the globe, from all corners of the Earth, have been pissing on its grave ever since last summer. Fans aren’t the only ones, though, as those involved with the series are also none too thrilled. Who can forget this now-ominous Emila Clarke interview?

Charles Dance, the absolute badass who played Tywin Lannister from season one to season five, has added his voice to that chorus of boos, as he recently told Pop Culture that he was “disappointed” by the finale and that he would sign a petition to remake it.

Last week, his co-star Nikolaj Coster-Waldau joked that he “almost wanted” to sign the viral petition to remake Game of Thrones Season 8 in an interview with Variety. Dance had not heard about the petition, but said bluntly: “Well if there was a petition, I would sign it.”

“I mean, I saw it. I continue to watch the whole series even after I’d been killed off in the lavatory,” Dance told Pop Culture. “Because I just thought it’s a fantastic television show, you know? I was very lucky to be part of it. I loved it; there were storylines [where] I wanted to know what was going to happen to these people! I know that the finale satisfied a lot of people. It also disappointed a lot of people, and I’m afraid I am in the latter camp.” [via Pop Culture]

That’s just… yikes. Really not what you want to see. I hope David Benioff and D.B. Weiss have been force-fed ever piece of legitimate criticism, particularly from their own cast. Those two have blood on their hands and they deserve to be reminded of it at every turn.