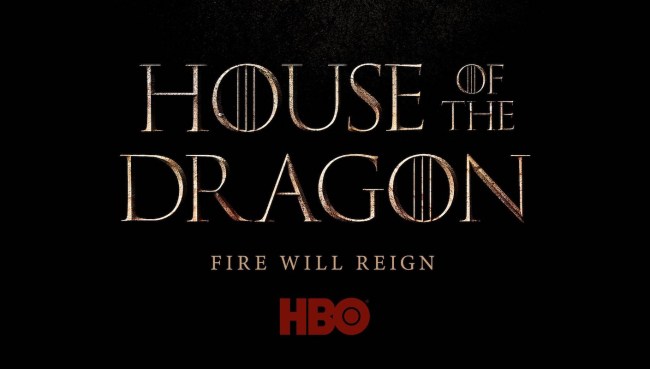 All me to offer you some semblance of hope, since I know that you, like I, are probably thinking to yourself: “You know what, fuck Game of Thrones.”

And honestly, my faceless internet friend, I would tend to agree — that eighth and final season was so categorically awful that I totally understand those who want to turn their backs on the franchise forever.

Now, here where the offering of hope comes in: my roommate, who is the biggest Game of Thrones guy I know (he’d been watching the series live ever since the first season), just did his first rewatch of the series since last summer’s catastrophe, and his main takeaway was… it’s not as awful as you’d expect.

According to Roommate Joe, while the 7th and 8th seasons are still clearly rushed, when consuming them as a binge as opposed to over the course of a few years, he says the pieces fit together a little clearer, a little cleaner — Dany’s descent into madness isn’t as abrupt, etc. And that gave me hope! Because if Roommate Joe can learn to forgive Game of Thrones, then so can we.

I won’t even lie to you, I’m excited about the prequel. Again, I understand if you aren’t, but the fact remains that, prior to its final 10 or so episodes, Game of Thrones was on track to become the greatest drama series of all-time, and that’s something not only worth remembering but revisiting.

The network has begun casting for its eagerly anticipated series House of the Dragon, sources confirm to EW.

The project is based on George R.R. Martin’s Fire & Blood, a history of House Targaryen set 300 years before the events in GoT. Ryan Condal (Colony) is the showrunner along with battle-tested GoT veteran Miguel Sapochnik (who helmed episodes such as “The Battle of the Bastards” and “The Winds of Winter”). Sapochnik will also direct the pilot and additional episodes. HBO has committed to 10 episodes of the series.

There are no official casting breakdowns yet available, but many are speculating about the potential lead characters based on Martin’s book. Fire & Blood covers 150 years and includes the rise and fall of many leaders in Westeros so it’s not clear which characters and time period will be the focus of the series.

As EW points out, the infamous Targaryen Civil War known as the Dance of Dragons — which is mentioned quite frequently in Game of Thrones — will take place during some point in this series. Given the way the Dance of Dragons shaped the future of Westeros as we know it, House of the Dragon has all of the pieces in place to deliver a project as epic as its predecessor.

#HouseOfTheDragon, a #GameofThrones prequel is coming to @HBO.

The series is co-created by @GRRMSpeaking and Ryan Condal. Miguel Sapochnik will partner with Condal as showrunner and will direct the pilot and additional episodes. Condal will be writing the series. pic.twitter.com/9ttMzElgXm