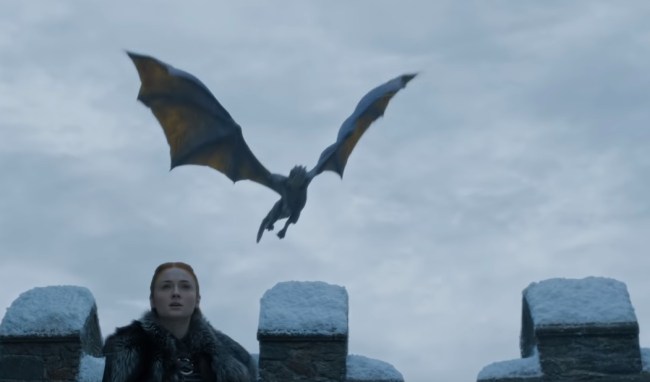 Since the first episode of Season 1 of Game of Thrones all we’ve heard is “Winter is coming.” Well, in Season 8, winter is finally here. The long night looms as the Army of Dead marches south into Winterfell. The undertone of the official Season 8 trailer is fear.

You see the usually overconfident and brave Arya Stark absolutely scared sh*tless at the beginning of the trailer as she appears to run for her life. “I know death, he’s got many faces, I look forward to seeing this one,” Arya says in the trailer.

Of the few major characters who made it to the final season of Game of Thrones, they all have frightened faces as they start to understand that inevitable doom that is coming from north of The Wall. Jon Snow, Daenerys Targaryen, Cersei Lannister, Tyrion Lannister, and Ser Jorah Mormont all have fear in their eyes in the trailer for the last season that will decide who sits on the Iron Throne.

Bran Stark is seen talking to his new friend Samwell Tarley. “Everything you did brought you to where you are now, where you belong,” says the soothsaying Bran.

“I promised to fight for the living, I intend on keeping that promise,” Jaime Lannister says.

The final season of Game of Thrones debuts on Sunday, April 14 on HBO.