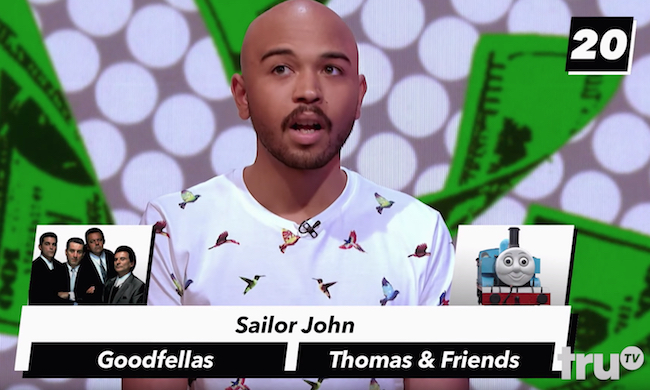 Winning big money isn’t as life-changing as it was in the early days of game shows.

Hitting the million dollars on “Who Wants To Be A Millionaire” will set you up for about six months, after taxes, and don’t even bother dragging your family on “Family Feud.” The most money a contestant walks away with on that show is a couple grand. That’s nice spending cash, but that’s not changing any lives.

A new game show on TruTV wants to change player’s lives. Specifically, those people just coming out of the scam called college.

“Paid Off” is the new comedy game show trying to help reduce the $1.5 trillion of student loan debt hanging over the heads of about 44 million people.

The game show involves three rounds of questions. Round one is academic questions, round two is poll questions, and the final round is general knowledge and college major questions. Contestants are eliminated each round, and the person left standing will go into the final round to answer as many trivia questions as possible. The more questions they get right, the more money they take home.

Here’s a clip from the show in which a contestant tries to decipher if a character is from Goodfellas or Thomas & Friends.

Now here comes the hard part. Each contestant walks away with some winnings. The first contestant eliminated gets $1,000 and the second eliminated player wins $2,000, but there’s no stipulation that any contestant, not even the grand prize winner, has to use the money to pay off student loans.

It’s up to those winners to do the smart thing and pay off their loans instead of blowing it all on a vacation or trying to get Instagram famous. Technically, any game show will help reduce your student loan debt, as long as you’re not dumb with the money.

“Paid Off” debuts on TruTV on July 10th.