What Is The Value Of A College Education? Is It Worth Burying Yourself In Debt These Days? 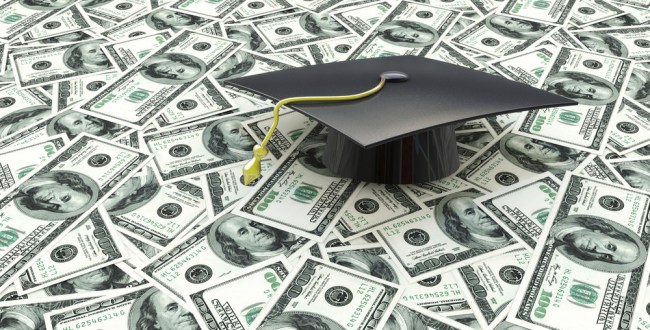 Unfortunately, not everyone can afford a college education in the United States. And with student loan debt in America closing in on $1.5 trillion in 2017, more and more people are asking if going to college is even worth the investment?

While the pay gap between those with a college degree and those with just a high school diploma has never been greater, depending on what area of work a person is wanting to pursue it may not be worth spending the tens of thousands of dollars it takes to earn a degree.

The Bill & Melinda Gates Foundation is just one group who is trying to make the choice about whether college is right for any given person a little easier by trying to encourage colleges and policymakers to provide clearer and more comprehensive data to help potential college students make better-informed decisions.

Another company that has put forth some interesting new data on the pros and cons of paying tens of thousands of dollars for today’s college education is CreditLoan.com. In their project, they sought a clearer measure of the merits of college debt by asking 1,000 borrowers about it. They surveyed participants about the total amount they’d borrowed and whether they felt their investment was worth it.

Predictably, those with higher loan balances were far more likely than those with lower balances to express regret. Over 80 percent of borrowers with more than $60,000 in loans regretted their debt decisions. While those in lower debt brackets were more likely to feel comfortable with the debt they’d taken on, the majority in every group felt regret about their loans. 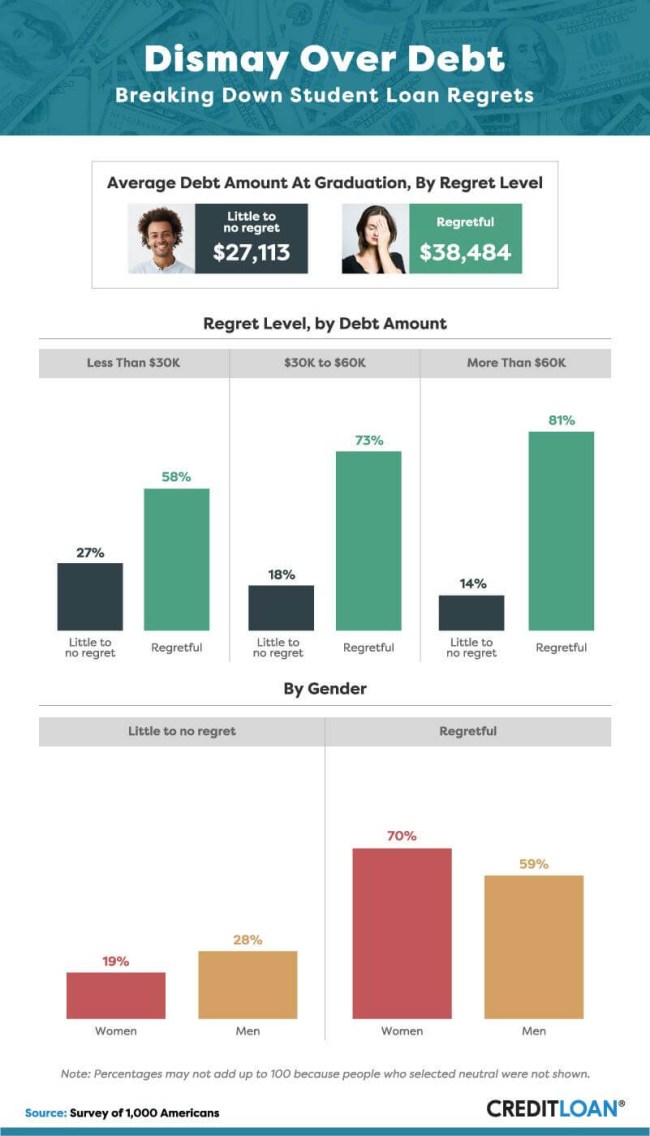 Those with highest student debt totals were most likely to report using their degrees in their work – likely because physicians and lawyers fit this description and accrue extensive debt through pre-professional graduate training. Interestingly, though, they were also least likely to say their debt was worth it given their current professional circumstances. 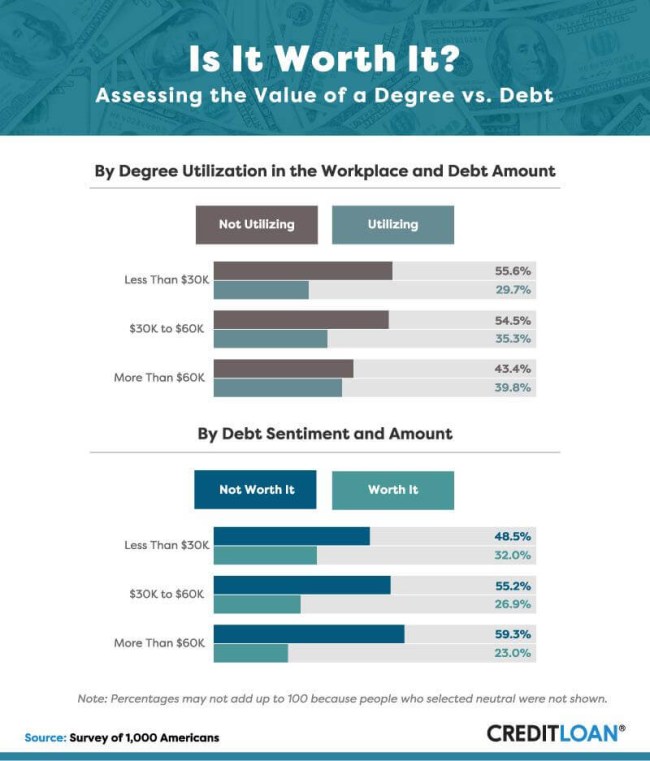 When we considered which professionals felt the greatest remorse about college costs, fields that don’t typically require a degree predictably topped our list.

Those in the business of buying and selling homes may have particular reason to reconsider their educational expenses: Real estate brokers rate among the best paying positions that don’t require a degree. Teachers, meanwhile, may face the opposite dilemma. They do need a degree, but many struggle to pay their student loans on relatively low salaries. 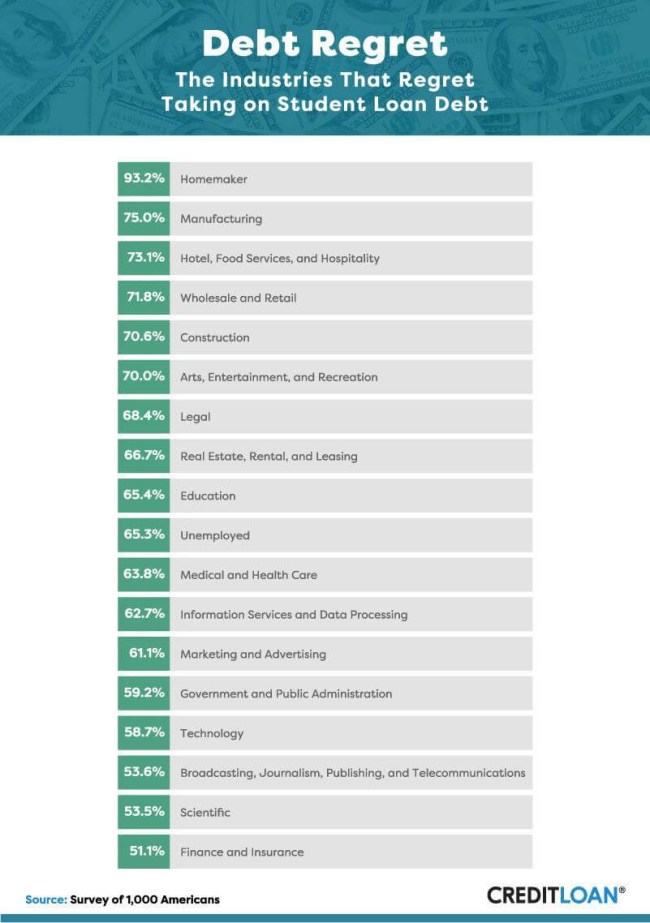 Understandably, borrowers with higher debt were also more likely to feel anxious about repaying it. 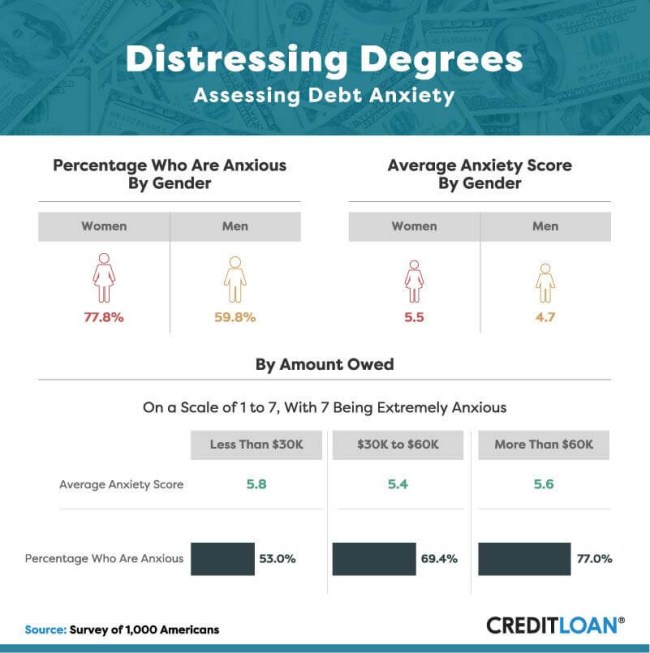 Because so many borrowers feel regret retroactively, we asked them how cost initially contributed to their college choice.

Perhaps private college attendees wish they’d reflected on price more thoroughly. More than half said they’d go to a different school if they could make their decision again. Conversely, just a little over 37 percent who went to a public college said they’d go elsewhere if they could. 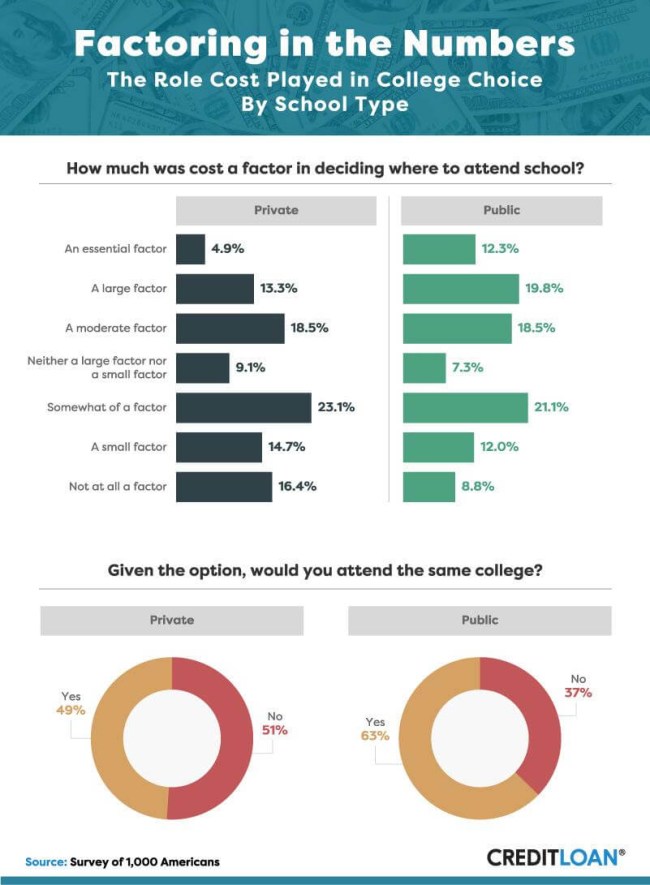 In exploring the question of debt regret, the question of fairness looms large. As tuition has soared in recent years, can the price of postsecondary education really be considered just? According to many borrowers, the answer was a resounding “no.” 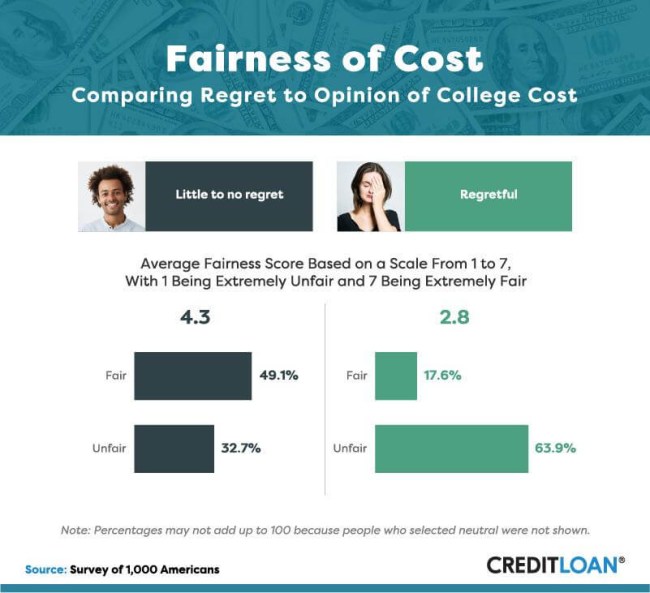 To measure just how far borrowers would go to reverse their debt decisions, we posed a range of hypothetical trade-offs to eliminate their debt. Among the first things to go for all debt ranges was social media, with a significant percentage ready to give up Instagram, Twitter, and Facebook, respectively. However, other choices produced much more reluctance, especially among borrowers with lower debt totals. 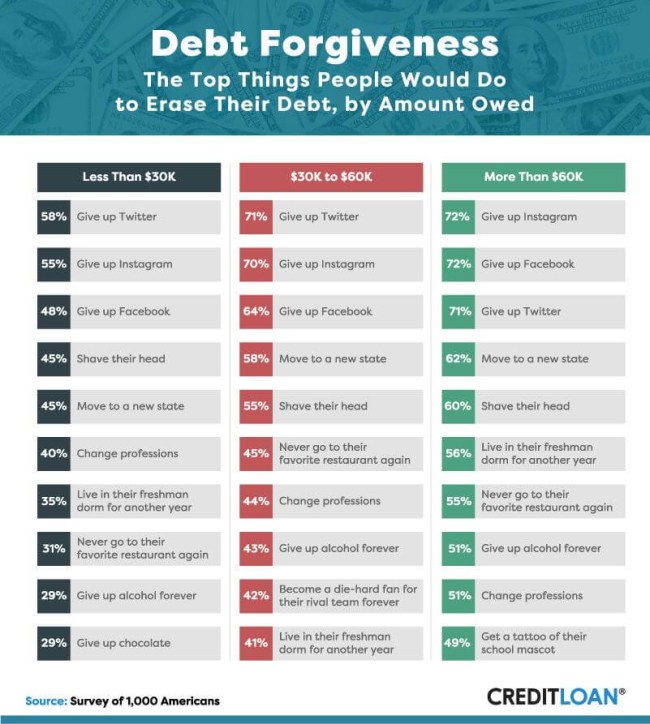 So it the cost of going to college worth it? As you can see, that depends. There are also numerous ways to go about financing it should that be the right option. You just need to do your homework while others, like The Bill & Melinda Gates Foundation, CreditLoan.com and others continue to request and compile the data to help those who are unsure make the best decision possible.

Read more about this study at CreditLoan.com.