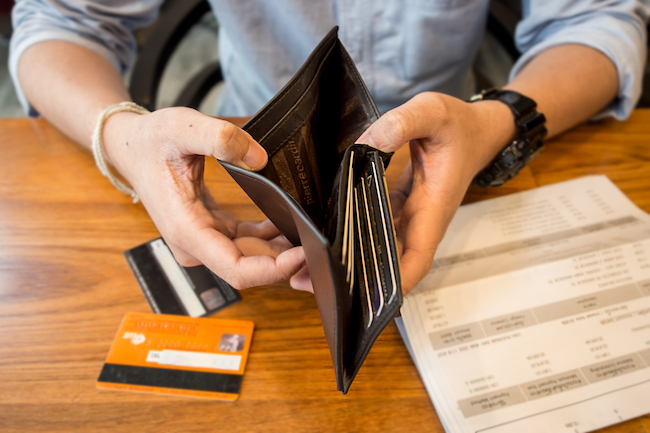 There are more than a few ways to get deep into debt. College puts most people in the poor house and gambling is a fun, but dangerous way to wave goodbye to cash and savings and blowing $10,000 to be an Instagram influencer is downright foolish.

According to Credit Karma, people of a certain age are spending absurd amounts of money and going into debt just to give off the appearance of living the baller lifestyle. Fear of missing out, or FOMO, is sending millennials BROKE. The credit score website polled over 1,045 U.S. consumers and found “nearly 40% of millennials have spent money they didn’t have and gone into debt to keep up with their peers.”

The core issue for millennials is the inability to say no to having a good time, even if they can’t afford vacations, weeklong concerts or trips around the globe.

Over 27% of millennials polled admitted to “feeling uncomfortable saying no” to friends suggesting activities they can’t afford. An uncomfortable number of young adults, 39%, have gone into debt to keep up with their friends. And not shockingly, nearly three-quarters have kept their money issues a secret.

Debt is sadly a typical situation for most Americans but the money millennials owe to credit card companies is staggering. Millennial Credit Karma members in the U.S. each already have $46,713 in debt on average. More than 7% of the respondents admitted to spending over $500 on the average weekend.

The money is typically blown on clothes, electronics, jewelry, and cars but the real money suck involves a luxury that most working people can’t even afford — an extended vacation. Four out of 10 millennials overspent on travel purchases including two-week vacations, weekend trips with their significant other or destination weddings.

Sure it’s healthy to be a little immature now and then but reckless spending will cripple the rest of your life. If you’re not doing anything to earn weeklong vacations, don’t take a weeklong vacation. Tell your friends to have fun tying the knot in the Carribean, you’ll grab drinks when they get back.

If you fall into this group, it’s time to stop the insanity. Get a side hustle to pay down the bills and cut up the credit cards, now!