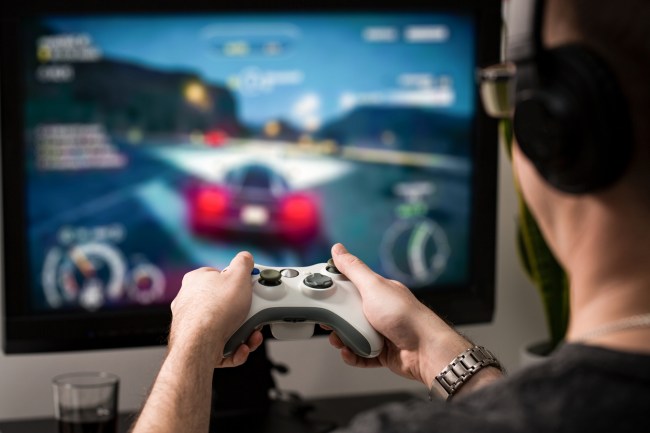 Diehard video game fanatics could soon find themselves locked away in the padded cells of their local mental institutions to live out the rest of their digital daze sucking down Jell-O through a straw while scrawling the phrase, “There are no choices… Nothing but a straight line” on the asylum walls. It seems that all of the noise over video games rotting the brains of dedicated players has finally caught on, and now the World Health Organization (WHO) has made an addiction to gaming an official mental illness.

As of this week, “gaming disorder” will be added to the organization’s Internal Classification of Diseases – one of the most respected manuals available for the medical community. This means some of the more enthusiastic gamers can now be carted off to the proverbial laughing factory along with the rest of the crazies roaming around in the great American funhouse. At bare minimum, the U.N health agency’s latest classification puts young adults at risk of being labeled mentally ill, which could lead to more gamers being tossed into treatment centers and rehab units.

The hope is that by giving it a name, the condition will be taken seriously by more therapists and insurance companies.

“It’s going to untie our hands in terms of treatment, in that we’ll be able to treat patients and get reimbursed,” Dr. Petros Levounis, the chairman of the psychiatry department at Rutgers New Jersey Medical School, told the New York Times. “We won’t have to go dancing around the issue, calling it depression or anxiety or some other consequence of the issue but not the issue itself.”

What Is Gaming Disorder?

Determining why gaming addiction should be considered a mental health condition was done through the same means as any other disorder. Dr. Vladimir Poznyak, a member of WHO’s Department of Mental Health and Substance Abuse, told CNN that the first determining factor is whether “the gaming behavior takes precedence over other activities to the extent that other activities are taken to the periphery.”

All responsibility and time sort of just falls by the wayside and the gamers just keep on grinding. From there, Poznyak says a true gaming addict will continue with this behavior “even when negative consequenses occur.” It could even escalate, he added. The condition often leads to a progressive disconnect from family, friends, school and work. But it’s when the user experiences “disturbed sleep patterns, like diet problems, like a deficiency in the physical activity,” that it becomes official – a gaming junkie is born.

If this sounds familiar, it’s because it should. Gaming disorder is not much different than other addictions ranging from drugs to gambling, Poznyak said. But this does not mean that everyone who goes on a video game bender from time to time is to be considered a gaming addict. In fact, “Millions of gamers around the world, even when it comes to the intense gaming, would never qualify as people suffering from gaming disorder,” Poznyak said.

The Gaming Industry Is Huge

As it stands, there are more than 2 billion people across the globe playing video games. It is a pastime that has garnered the attention, for better or worse, of around two-thirds of the United States population, according to the Entertainment Software Association.

A recent Global Games Market Report shows the ravenous appetite for gaming is set to generate over $137 billion in 2018 – not including gaming consoles. This represents a more than 13 percent increase from last year. And there is no sign of a slow down. The report shows that game revenues could hit $180 billion by 2021. To put this into perspective, drug users in the United States spend approximately $100 billion every year.

But Is Video Game Addiction Is As Strong As Drug Addiction?

Considering the upswing in gaming revenues, it makes sense that some mental health professionals have compared addictions to technology to hard drugs. Last year, a report showed that some people (mostly children) were being entered into “digital technology” treatment programs to break their junkie mentalities. Seriously, there are now rehabilitation centers popping up in some states dedicated to caring for Smartphone addicts.

Most addiction experts say it does not matter whether it is drugs or video games — addiction is addiction.

“When people tend to look at addiction, their eyes tend to be on the substance or thing—but really it’s a pattern of behavior that can manifest itself in a number of different ways,” treatment specialist Mandy Saligari said in an interview with The Independent.

Some mental health pros argue that the situation with video game addiction is only getting worse.

“I have patients who come in suffering from an addiction to Candy Crush Saga, and they’re substantially similar to people who come in with a cocaine disorder,” Dr. Levounis told the NYT. “Their lives are ruined, their interpersonal relationships suffer, their physical condition suffers.”

Although some studies have shown that around 9 percent of young gamers become addicted, not all mental health experts are buying into all of this gaming disorder business. Some say that excessive video game use is really just a coping mechanism for issues like anxiety and depression. But once those issues are dealt with, video game time has a tendency to decline in those self-proclaimed gaming addicts who seek treatment for this condition.

But here’s the kicker. Even with “gaming disorder” being considered a legitimate mental health issue, this does not mean those afflicted with the condition are going to start getting better. It seems that while psychologists and therapists might be quick to take a patient’s money in exchange for gaming addiction treatment, they are just flying by the seat of their pants. There are no guidelines for handling people diagnosed with this disorder.

“We don’t know how to treat gaming disorder,” Nancy Petry, a psychology professor and addiction professional at the University of Connecticut, told the NYT. “It’s such a new condition and phenomenon.”