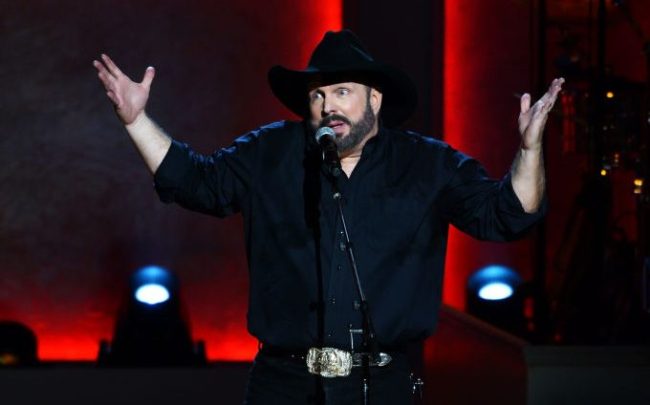 Garth Brooks is a global icon and it’s pretty astonishing how his fanbase shows up, even in the pouring rain. The 59-year-old country music singer is out on a nationwide stadium tour and nearly every concert is sold out.

At least 75,000 tickets are being sold per stop and his performance in Charlotte will be the largest paid crowd in the history of Bank of America  Stadium. The bottom line is that people show out for Garth Brooks.

His tour was supposed to begin on Saturday night in Nashville but Mother Nature had different plans. Just after 8:00pm local time, before Brooks had even stepped on stage, the skies opened up.

This feels like Rockville 2019 all over again except my concert is already cancelled so 😅 poor people going to see Garth Brooks tonight pic.twitter.com/BlmImowA5N

The Garth Brooks concert at Nissan Stadium has been postponed due to poor weather. Officials are working to reschedule the concert. https://t.co/Nwtz7pusSG pic.twitter.com/E20Wc4X4cg

As the thunder rolled and the lightning struck (get it?), more than 70,000 fans were forced into the concourses and back to their cars for what was initially just a delay.

About an hour and fifteen minutes into the delay, the Garth Brooks concert at Nissan Stadium was postponed. Everyone in attendance was asked to leave, but two shirtless fans took the opportunity to hop on stage.

The security team eventually went over to get the rogue fans off of the stage and out of the stadium, but the vibes didn’t stop there. As the 70,000+ pushed out into the parking lot and went home, they joined together in a rousing rendition of ‘Friends in Low Places.’

Went to Garth Brooks concert…..it got rained out and everyone was on the bridge singing pic.twitter.com/GonboMmRTA

The concert will be rescheduled for a later date.