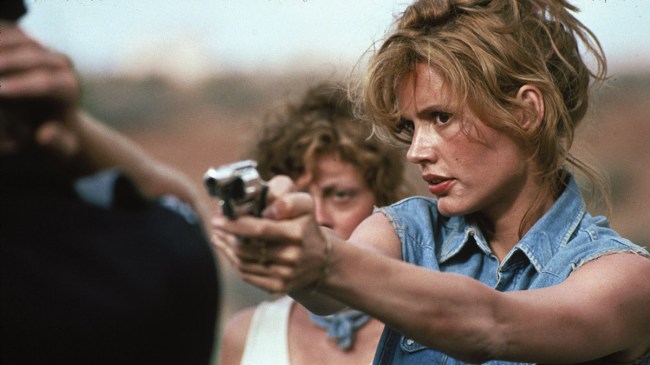 While Jack Nicholson built a reputation as a legendary Hollywood bachelor during his five-decade-long career, one actress who was apparently able to avoid his romantic advances was Geena Davis, who recently detailed a flirtatious encounter she had with the iconic Academy Awards winner back in the 80s.

After Tootsie, my modelling agent took me and a couple of other actor-slash-models to Hollywood to meet casting directors. He happened to know Jack Nicholson, and every single night Jack Nicholson had dinner with us. Then one day there was a note under the door that said, “Please call Jack Nicholson at this number.” I was, like, I can’t believe it!

So I said, “Hello, Mr. Nicholson. This is Geena the model. You called me?” He said, “Hey, Geena. When is it gonna happen?” I was, like, Oh, no—why didn’t I realize this is what it was going to be about? But it immediately came into my head what to say: “Uh, Jack, I would love to. You’re very attractive. But I have a feeling we’re going to work together at some point in the future, and I would hate to have ruined the sexual tension between us.” [via The New Yorker]

Making the story even more Hollywood is the fact that Davis apparently got the advice on how to deal with an interested Nicholson from acting legend Dustin Hoffman, who basically told her word-for-word what to say.

“Say, ‘Well, you’re very attractive. I would love to, but it would ruin the sexual tension between us,’” Hoffman told Davis, according to the Thelma & Louise star.

Following her feature film debut in 1982’s Tootsie, Davis would go on to star in beloved films such as Fletch, The Fly, Beetlejuice, Thelma & Louis, and A League of Their Own.

Davis’ revealing interview with The New Yorker comes in tandem with the release of her recent memoir, “Dying of Politeness,” which hit bookshelves on October 11.

RELATED: This Iconic Clip Of Robin Williams Accepting An Award For A Stoned Jack Nicholson And Slaying Hollywood’s Most Powerful People Is A Must-Watch