My Family Did A Gender Reveal For My Sister’s Baby, And My Dad Completely Blew It 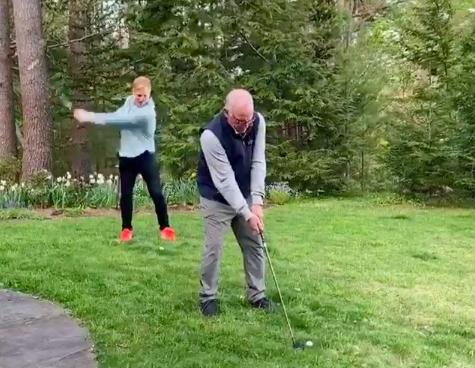 Over the course of my career, I’ve probably tweeted/blogged about gender reveals no fewer than fifteen times. I don’t think I’ve ever taken a positive slant. I find them ridiculous, pathetic, and antiquated. Gender is a construct that we foist upon our offspring. From the moment you wrap that little eggroll in a blue or pink blanket, you’re taking the power of choice from their tiny little paws. You’re a bad parent.

Imagine my uncomfortable position, then, when my mother told me we would be holding our own gender reveal for my sister’s incubating child. I’ve known for a few weeks that I’m an impending uncle, but superstition dictates not to tell anyone until the carrier is past the three-month mark. Apparently this is because miscarriages often happen in the first trimester, and nobody wants to share the big news only to have to send perhaps the saddest update in the history of Instagram posts. Phew, just got chilly in here. Let’s get back to the light.

It was my dad’s birthday last night, and my mom told me quietly that we had a big surprise for him: the gender reveal of his first grandchild. I called upon my T. Schreiber Studios scene study intensive acting classes to feign joy at the news, but my insides roiled. How dare we lower ourselves to the sort of sideshow theatrics most typically staged in neighborhoods with above-ground pools? This isn’t who we are; we’ve read too much. But I held my tongue and took my place as mom handed out androgynous golf balls to dad and me both. On three, we swung.

Except dad had no idea what the fuck was going on. He’s never seen a gender reveal, either in person or on the internet, because he’s an intellectual. He studied Tolstoy at Amherst, wrote a 120-page thesis on Lincoln, quotes Churchill on the golf course. We didn’t think to explain the process to him. We simply told him to hit the damn golf ball, which he barely did anyway.

In the video, you can see the poor guy’s confusion. Pink dust? What sorcery is this? Who gives a shit? There I am, trying to carry the excitement entirely on my own shoulders since dad is more lost than Shackleton and his voyagers. Of course my sister and her husband (Army, surgeon, 10 face, 9 body) were on the laptop, zoomed in to enjoy the festivities. But the complete lack of understanding is the perfect reaction from a family not given to flights of neonatal theatricality.

Adding to the confusion was that mom had given us each a golf ball. This led me to believe that my sister was expecting twins. I didn’t want to ask for clarity before the swing, to save the possible surprise for my dad, but I certainly thought we were about to see one ball explode in pink and one in blue. That would have been terrific.

Alas, it’s a girl. I mean… hooray! It’s a girl. Just the one though. And we are thrilled—we are. But the lesson here is that if you’re staging a gender reveal for a family with grandparents who don’t spend hours on YouTube and Instagram, spell that shit out for them. That way, they can actually partake in the joy of expecting a granddaughter or a grandson.

Or don’t, and enjoy the confusion. I sure did.