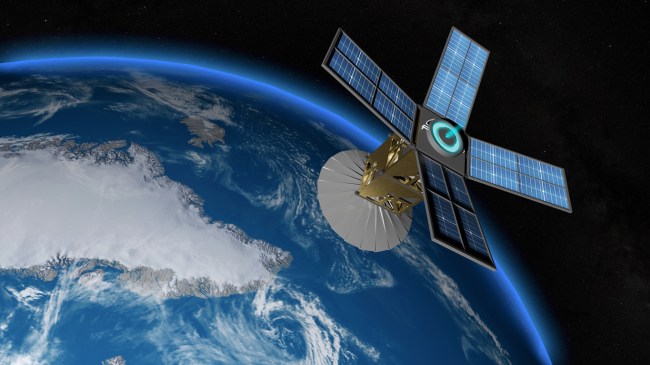 We’ve hypothesized military conflicts being waged in space since the original Star Wars movie in 1977, and in 1983 when then-President Ronald Regan proposed the Strategic Defense Initiative (SDI) weapons system. Most recently, President Donald Trump formed the Space Force, and conveniently it didn’t take long for there to be a distressing situation involving the newly-formed military branch.

On January 14, 2020, General John ‘Jay’ Raymond was officially sworn in as head of the Space Force, the sixth branch of the U.S. Armed Forces. The Space Force is part of the Air Force, but it specializes in space warfare. General Raymond, who is the Chief of Space Operations, wasted no time in telling the world that Russia could be aggressively pursuing one of the United States’ top military satellites.

General Raymond told TIME that there are two mysterious Russian satellites that are stalking a U.S. spy satellite.

“We view this behavior as unusual and disturbing,” he told TIME. “It has the potential to create a dangerous situation in space.”

“The United States finds these recent activities to be concerning and do not reflect the behavior of a responsible spacefaring nation,” Raymond said.

Russia launched a satellite named Kosmos 2542 in November 2019. The Russians claim that the satellite is not dangerous and has the role of inspecting other Russian spacecraft. But Kosmos 2542 made its way to the American spy satellite USA 245, which launched in 2013 and is operated by the National Reconnaissance Office (NRO), a spy agency within the U.S. Department of Defense (DOD).

Two weeks after the launch of Kosmos 2542, the satellite launched another satellite, named Kosmos 2543. Soon, the Russian satellites were within 200 miles of the U.S. spy spacecraft, close enough to make visual contact and examine the satellite.

A graduate student, astrodynamics expert, and teaching assistant at Purdue University named Michael Thompson was the first to reveal the strange Russian satellite and the space chase.

“This is all circumstantial evidence, but there are a hell of a lot of circumstances that make it look like a known Russian inspection satellite is currently inspecting a known US spy satellite,” Thomspon wrote on Twitter on January 30, 2020.

“The most recent close approach took place on January 21st, but instead of then drifting away as usual, Cosmos 2542 performed a series of maneuvers on the 20th, 21st, 22nd, and 23rd to match the period of USA 245.”

Prior to its most recent set of maneuvers, it was still in the same plane as USA 245, but its period was offset such that there were only relatively close passes every 11-12 days.

The most recent close approach took place on January 21st, but instead of then drifting away as usual, Cosmos 2542 performed a series of maneuvers on the 20th, 21st, 22nd, and 23rd to match the period of USA 245. pic.twitter.com/jSMsytae4X

As long as Cosmos 2542 has the capability to perform a slew rate of 0.1 deg/sec, which is easily obtainable with modern attitude control systems, it has had the capability to observe USA 245 consistently for the past week. pic.twitter.com/U8C6Zz1BLQ

While they are in the same plane, the passes are typical of any two satellites in the same plane: taking place at a distance of a few hundred km every few days. Not in consistent view, and the most recent maneuvers did nothing to improve the viewing geometry with any of these.

This is believed to be the first time ever that the U.S. military has identified a direct threat to an American satellite.

On Monday (the same day the Space Force general revealed that Russian satellites were tailing a U.S. spy spacecraft), the Space Force requested $15.4 billion to fund the program from the Department of Defense’s $740.5 billion budget, according to Pentagon documents.

The Space Force, which was only established on December 20, 2019, will have approximately 16,000 personnel. The Space Force budget consists of $1.6 billion is for three national-security launches, $1.8 billion will go toward Global Positioning System projects, and $2.5 billion will support “space-based overhead persistent infrared systems,” according to a press release by the Department of Defense officials.

“This budget focuses on NDS [national defense strategy] priorities of nuclear deterrence recapitalization and homeland missile defense, while refining our focus on the cyber and space warfighting domains and joint enablers for all operations in all domains: Air, land, sea, space and cyber,” DOD officials wrote in the press release.

“It advances the development of critical technologies including hypersonics, microelectronics/5G, and artificial intelligence,” the press release stated.