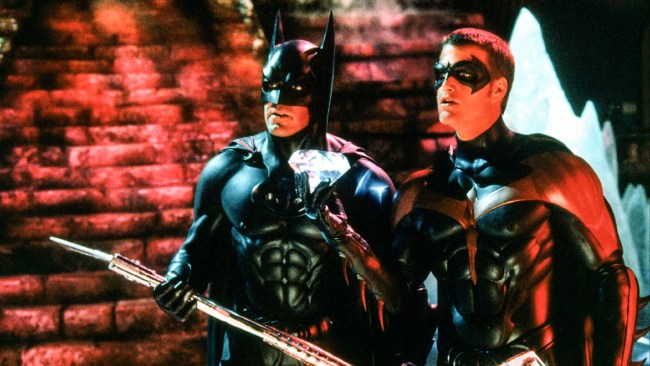 When it comes to the sprawling history of live-action Batman movies, there’s largely no debate over which iteration is the worst as the general consensus seems to be that 1997 dumpster fire that is Batman & Robin is the undisputed king of the crap pile.

George Clooney, the star of that infamous misfire, has never been shy about his disappointment with the project, as he once said he thought they killed the Batman franchise. The now 59-year-old billionaire (tequila, who knew?) has doubled down on those thoughts in a recent GQ profile, admitting that not only was the film terrible but he himself was as well.

“The only way you can honestly talk about things is to include yourself and your shortcomings in those things. Like, when I say Batman & Robin’s a terrible film, I always go, ‘I was terrible in it.’ Because I was, number one. But also because then it allows you the ability to say, ‘Having said I sucked in it, I can also say that none of these other elements worked, either.’ You know? Lines like ‘Freeze, Freeze!'” [via GQ]

Clooney’s name has actually been popping up in the Batman fandom recently, as the inclusion of Michael Keaton and Ben Affleck in The Flash opens the door for a cameo from Clooney as well. Stranger things have happened, after all, they did once put nipples on the Batsuit.