Ben Affleck Joins Michael Keaton, Will Appear As Batman In ‘The Flash’ 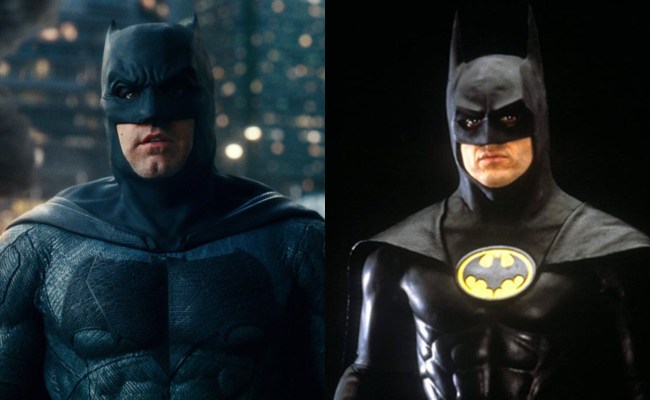 In a stunning turn of events, reports indicate that Ben Affleck is set to join Michael Keaton in reprising his role as Batman in 2022’s The Flash. The news that Keaton was set to return as his version of the Dark Knight broke earlier this year.

Sources have confirmed that Ben Affleck is returning as Batman in the upcoming Flash movie which Warner Bros. is putting into production. It is to be a cameo role. And, yes, Affleck will be playing the Dark Knight alongside Michael Keaton’s Batman from the 1989 Tim Burton film, in what is billed by Flash director Andy Muscietti as a “substantial” part. The Flash is scheduled for release on June 3, 2022. Ezra Miller, who played Flash in Justice League, plays the title role. [via Deadline]

In case it wasn’t already clear with the Keaton casting, Warner Bros. and DC are quite clearly fully leaning into the “multiverse” aspect of comic book storytelling, and will be using a Flashpoint-esque story to introduce that idea to moviegoing audiences.

Flashpoint, one of the landmark DC Comics stories of the century so far, sees The Flash find himself in an alternate universe where, among other significant changes to common DC characters, Thomas Wayne — Bruce Wayne’s father — has taken up the mantle of Batman after his young son Bruce was killed in a mugging.

While director Andy Muscietti has maintained The Flash will not be a carbon copy adaptation of Flashpoint, the heavy involvement of multiple Batmans (Batmen?) confirms just how heavily multiverses will factor into the film.

As a comic book fan, it’s hard to think of a bigger draw than the idea of multiple iconic characters overlapping with each other. In the same sense that seeing all the Avengers team up for the first was a landmark moment for the genre, seeing Batman interact with another Batman will do the same.

Make sure to check back here Saturday as we cover everything that happens at DC FanDome, including more news about The Flash, The Batman, The Snyder Cut, and more.