Is ‘Wonder Woman’ One Of The Greatest Superhero Movies Of All-Time? 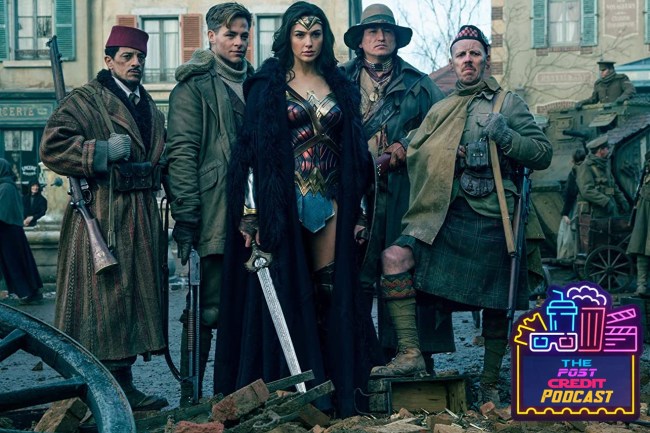 Today, as we continue our look back at the DCEU ahead of DC FanDome, The Post-Credit Podcast released our Wonder Woman episode (Apple | Spotify), which I have since effectively subtitled The Gal Gadot Appreciation Hour. She carries the entire movie, and therefore, the entire DCEU thus far. In fact, on today’s podcast, I argue that had it not been for Gal Gadot, Warner Bros. would have buried the franchise six-feet-under after Justice League and started from scratch a few years down the road.

When Wonder Woman came out back in 2017, the DCEU was in the midst of falling flat on its face, as Man of Steel, Batman v. Superman: Dawn of Justice, and Suicide Squad had failed to bring in either the critical praise or the box office success that the studio would’ve hoped for. Had Wonder Woman tanked the way it’s three predecessors, the DCEU’s reputation would have bee irrevocably sullied to the extent that Warner Bros. would likely end up rebooting the franchise as a whole.

But thanks to director Patty Jenkins and superstar Gal Gadot, Wonder Woman not only saved the entire DCEU franchise, but it broke new ground for what a female-led superhero movie could be. Prior to Wonder Woman, women-starring comic book movies — to no fault of their own — were generally farcical, as films like Catwoman and Elektra are still derided to this day. But with Wonder Woman came over $820 million at the global box office and nearly unanimous praise from both critics and fans alike, thus paving the way for a character like Captain Marvel to become one of the MCU’s preeminent Avengers going forward.

Even without taking into account its cultural and societal impact, Wonder Woman stands on its own merit: from casting to cinematography, from writing to fighting, Wonder Woman is efficient popcorn entertainment realized in its purest form is pound-for-pound one of the best comic book movies of all-time.

DC FanDome is in just a few days, so make sure to catch up with our DCEU Rewind, which you can stream below or listen to wherever you get your podcasts. Also be sure to check out our “regular”, non-DCEU episode from earlier this week where discuss Netflix’s Devil All The Time, Shia LaBeouf to the Marvel Cinematic Universe, and interview Jake Johnson.