The Post-Credit Podcast Ep. 3: Is ‘Justice League’ The Worst Movie Of All-Time? 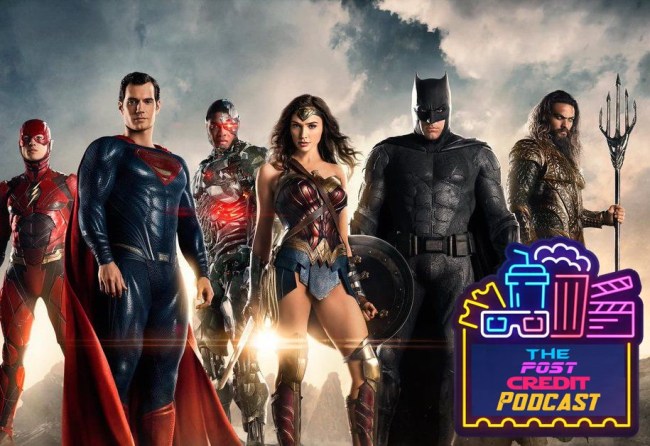 An utter abomination from start to finish, it can be argued that Justice League — when considering its expectations and pedigree — is one of the biggest Blockbuster disasters of the 21st century. As I like to so often to, let me put it to you this way: Justice League, which made around $658 million at the global box-office, grossed just $30 million more than… Ant-Man and the Wasp. That’s right, a movie with some of the most iconic superheroes of all-time, including three of the superheroes in Batman, Superman, and Wonder Woman, barely made more money than a sequel featuring Ant-Man, who’s quite possibly the MCU’s lowest-tier character.

Nevertheless, whether we like it or not, Justice League exists in the DCEU and that has to be reckoned with, one way or another. With DC FanDome less than two weeks away, the Post-Credit Podcast is continuing their look back at the DCEU thus far, with the latest episode tackling the unmitigated trainwreck that was Justice League.

We regret to inform you that Ep. 3 of our #DCEU Rewind, JUSTICE LEAGUE, is live. Good news: if you hate this movie, you’ll LOVE this pod.

Luckily for fans, as abominable as Justice League may be, it’s utter lack of quality paved the way for a somewhat revolutionary moment in pop culture: the greenlighting of The Snyder Cut.

PODCAST: The Post-Credit Podcast Ep. 2 – What Went Right And What Went Wrong In ‘Batman v. Superman’