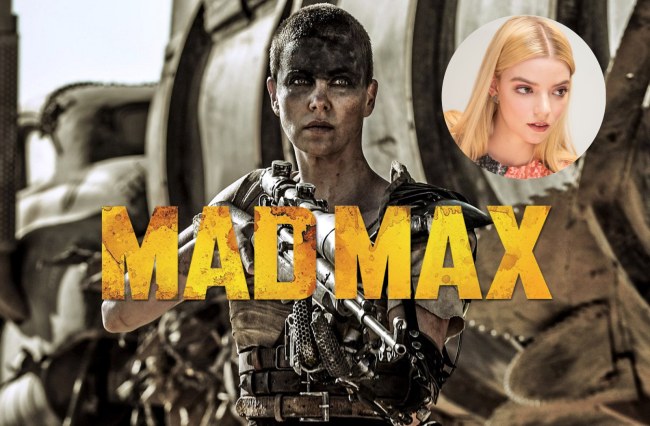 Director George Miller is certainly doing his part to build up hype for the upcoming project, as he recently gave an interview with The Sydney Morning Herald where he essentially described the prequel as an epic, revealing that the story will span multiple years. For the unfamiliar, Furiosa is the scene-stealing warrior portrayed by Charlize Theron in Mad Max: Fury Road. n fact, it’s actually misleading to call Furiosa a scene-stealer when Fury Road feels more like it’s “her” movie than it does Max Rockatansky’s (played by Tom Hardy).

“Since we started Fury Road I think there’s been six different regimes at Warner Bros,” he said. “Now it’s stabilised very much and they’re able to basically pay attention coherently to the films they want to make and this is one of them.”

Miller described Furiosa as a saga.

“Whereas Fury Road essentially happened over three days and two nights, this happens over many years,” he said. ”You try to make films that are ‘uniquely familiar’ This will be familiar to those people who know Mad Max, and in particular Fury Road, but also it will be unique.” [via The Sydney Morning Herald]

The scale of the production is certainly living up to Miller’s promises, as reports indicate that Furiosa will be the biggest film to ever be made in Australia, as it will “inject at least $350M AUD into the local economy and create 850 jobs.”

At this time, Furiosa — which, as mentioned above, stars the incredible trio of Anya Taylor-Joy, Chris Hemsworth, and Yahya Abdul-Mateen II — is scheduled to hit theaters in the United States on June 23, 2023.

Great news the Mad Max prequel – Furiosa starring Chris Hemsworth – is being filmed right here in NSW. The biggest ever film to be made in Australia, supporting more than 850 local jobs and bringing in $350 million to the economy. pic.twitter.com/HzZXcqeAUt