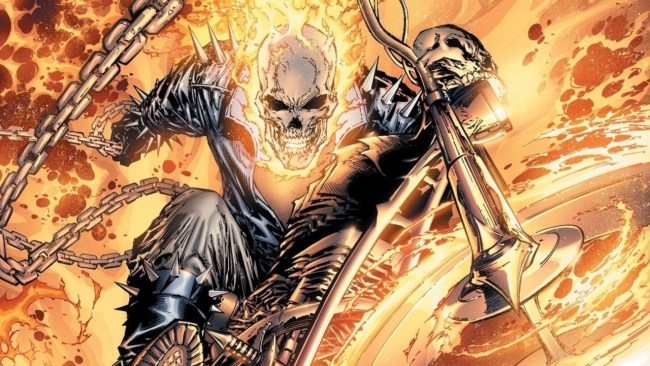 According to scooper Daniel Richtman, Kevin Feige apparently wants to use a Ghost Rider in the movies.

This could actually work, as there are two other Ghost Riders, Johnny Blaze and Danny Ketch, and Feige could easily use someone like Blaze and ignore the whole TV side saying there can only be one Ghost Rider at a time.

With Blade in the MCU and Moon Knight on the way, they could do a Midnight Sons in the movies by teaming up Blade, Moon Knight, Ghost Rider, Werewolf by Night, and even someone like Doctor Strange. [MCU Cosmic]

Marvel Studios certainly has their hands full in the coming years, as they not only have to lay the foundations for the future of the franchise following the conclusion of The Infinity Saga, but they’re tasked with introducing iconic characters such as the X-Men, Fantastic Four, Deadpool, and apparently, Ghost Rider, into the Marvel Cinematic Universe.

However, if anyone is up to the task, it’s Marvel Studios, who have more than earned the benefit of the doubt.