Giannis Really Is Just Like The Rest Of Us, Is Sick And Tired Of Paying For Streaming Services 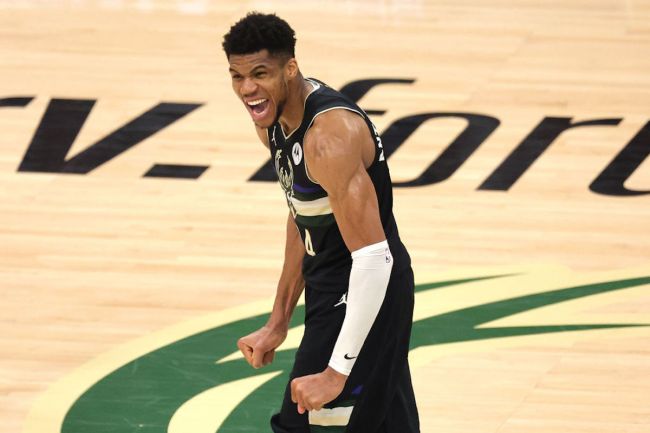 Tough month for the Giannis Antetokounmpo haters out there. My thoughts are with them, however many are left, during this difficult time. Not only did the dude win his first NBA title and not only was he absolutely and historically dominant in the process, but Giannis’ sheer force of personality shined throughout the entirety of the playoff run.

Even though the clip was from 2019, a video of Giannis genuinely greeting and interacting with a young fan went viral. Not only that, but the 26-year-old two-time MVP also gave a remarkably intelligent and insightful response when asked about the nature of pride. And, of course, we can’t forget the post-Game 6 Chick-fil-A run.

This is the other video I saw today: just insane emotional intelligence for someone who has every right in the world to be an egotistical monster. https://t.co/U83OEZN4ZM

Despite the fact that he’s one of the world’s best athletes — standing at a monstrous 6’11” and weighing a hulking 242 pounds — Giannis has clearly established that his humility has kept him so down to Earth that he really is just like us, which includes his obvious distaste for the seemingly endless amount of streaming services sports fans are forced to subscribe to these days.

Attempting to watch the United States Men’s National Basketball team take on Iran in their second game of the Tokyo Olympics, Giannis sent out a tweet asking what time the game is and how he can watch. Once he found out that he’d have to pay for Peacock, NBC/Universal’s streaming service, his tune quickly changed.

Oh man. Knowing how you feel about a subscription to @TheAthletic, you’re not going to like this answer… https://t.co/jms8Fkmq1h

If I got to pay nevermind… https://t.co/6A1xhuDitp

Guess he’ll just check the score on the ESPN app once the game is over… just like the rest of us. Never change, Giannis.